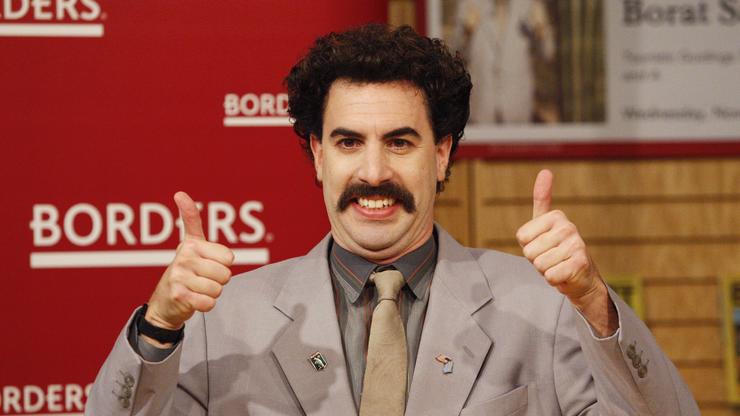 Prominent Holocaust survivor and public speaker, Judith Dim Evans, claims she was interviewed by Sacha Baron Cohen for his upcoming Borat sequel under the false pretense that it was for a documentary.

Set to hit Amazon Prime Video on October 23rd, the makers of Borat Subsequent Moviefilm pulled out all the stops— including interviewing an actual Holocaust survivor to gain further insight on the historical event via a firsthand account. Holocaust survivor Judith Dim Evans travelled to Atlanta in January to be interviewed by Cohen, thinking she was contributing to a documentary about the Holocaust, unbeknownst to her that her recount would be used to for the second instalment of the beloved mockumentary, instead.

The lawsuit states that Evans was “horrified and upset” upon finding out the true intent of the film, and although she passed away over the summer, her daughter has filed the suit against Amazon and Oak Springs Production on her behalf.

“Upon learning after giving the interview that the movie was actually a comedy intended to mock the Holocaust and Jewish culture, Ms. Evans was horrified and upset,” reads the lawsuit.

Evans’ estate has revealed that Evans declined payment for her contribution to the film, and would not have agreed to take part if she had known it was for a Borat sequel. The estate cites that due to her having been misled, her participation in the film is non-consensual and are demanding her clips be removed from the movie before it premieres next week.

No stranger to controversy and backlash, Cohen is currently in the midst of a lawsuit with former Alabama Senate candidate, Roy Moore, who claims Cohen tricked him into appearing on his show, Who Is America.