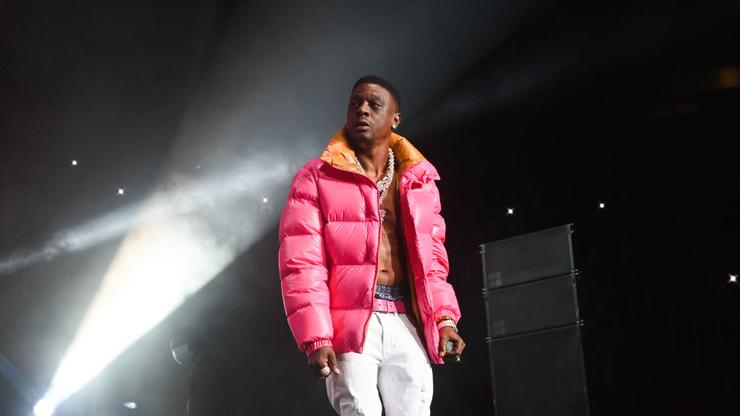 Boosie came with receipts to prove that a baby was supposedly pinned on his son, Tootie.

By now, everyone should know that Boosie is far from shy. The Louisiana rapper is known for using his Instagram to share his explicit thoughts and talk about whatever he deems necessary. Today, he’s celebrating the news that he’s not a grandfather.

Last year, it was revealed that his son, who goes by Tootie Raw, was expecting a child with his girlfriend at the time, Ramya. Boosie talked about the situation when he appeared on The Breakfast Club, claiming that he didn’t believe the girl was really pregnant. He stated that she and her mother had been trying to “trap” his son since he was young.

Now, a year later, it appears that Boosie’s claims might have been true. The 39-year-old hopped on IG to allege that his son’s ex-girlfriend was lying about the entire ordeal. He started his video by yelling, “Just found out that ain’t my son baby, haha! I’m not a grandpa.” The “Set It Off” artist claimed that the family took someone’s baby and acted as if he was theirs.

His caption wrote, “The things these women do these days is CRAZYâ¼ï¸ my son has had the most stressful year of his life because of this situation â¼ï¸ok yall wanna do this too my son bet n the moma of the daughter the worst.”

The father of seven also came with receipts. He stated that a fake birth certificate was made, shared a DM from a woman claiming that the baby was actually hers, and even shared pictures of the baby, claiming he was too heavy to be his son’s child.

Boosie also shared images of all the items his son has bought the child– clothes, a car seat, food– and wrote, “U can bring all that back my son just paid for back!!!” Check out his posts below.