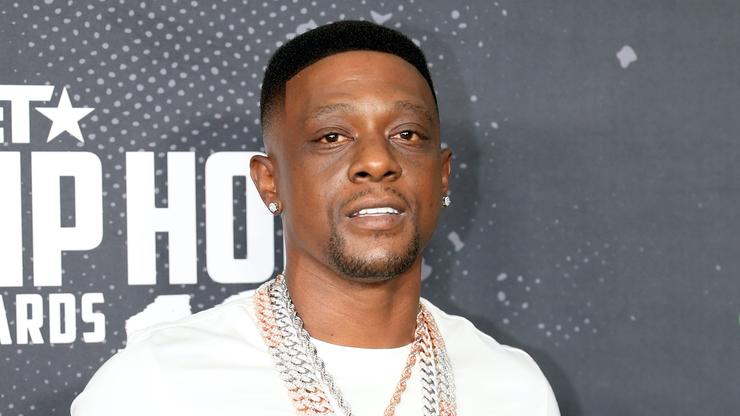 There’s always something going on in the world NBA Youngboy. Though he tries to maintain a relatively low prile in the public, that doesn’t necessarily always work out for him, especially when it comes to his love life. The rapper recently hopped on IG Live with Boosie Badazz‘ younger sister where NBA Youngboy tried to shoot his shot.

Youngboy is a man little words, though he made it clear that he wanted to fly out Boosie’s little sister from California to Atlanta. Though the awkward encounter simply ended with an “ok” that got NBA Youngboy cheering from ear-to-ear, many began wondering what Boosie would have to say about all this.

“What you gotta say about YB flirting with your sister?” Boosie read during an IG Live. “I don’t give a fuck. I don’t jump in front no dick.”

With Boosie’s blessing, NBA Youngboy can proceed with his plans to fly out Boosie’s little sister to Atlanta with ease. Of course, NBA Youngboy probably wouldn’t seek Boosie’s approval in the first place given his rebellious nature.

Earlier this year, Boosie Badazz revealed that he and Youngboy Never Broke Again had a joint project on the way. There hasn’t been any updates since then but perhaps, we can expect that sometime this fall.