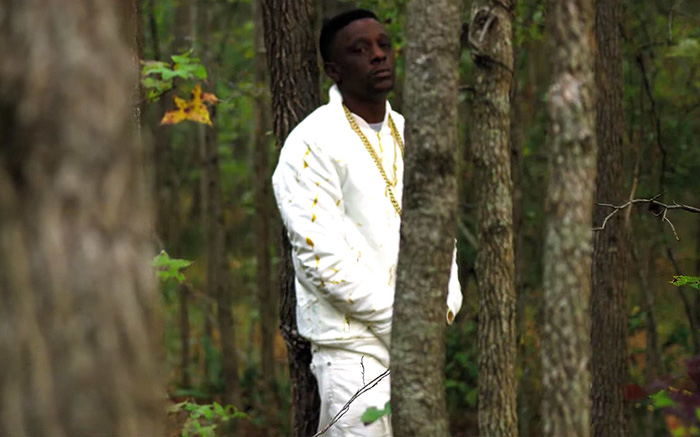 After skating into the new year, Boosie Badazz drives into the forest in the video for “Heartless Hearts,” the latest single from his BooPac album.

Directed by Samir Urbina, the visual finds Boosie driving a hearse inside a majestic forest. Dressed in a white shirt and black tie, the somber rapper delivers a “heartless” rhyme in front a casket.

The stark visual matches the song’s gloomy lyrics. “I wanna dig my ni**a casket up,” he raps. “Take pictures wit’ your casket, while everybody throwin’ fo’ / No one cares about this heart mine / I feel alone.”

While the video has a deadly theme, Boosie recently had a smile on his face during a family outing at a local skating rink, where he showed f his skills while learning how to glide across the ice.

“Heartless Hearts” is the latest single f BooPac, which was inspired by Tupac Shakur. The album, which dropped last month, features tracks like “Real Shooter,” “Cocaine Fever,” and “Webbie I Remember.”