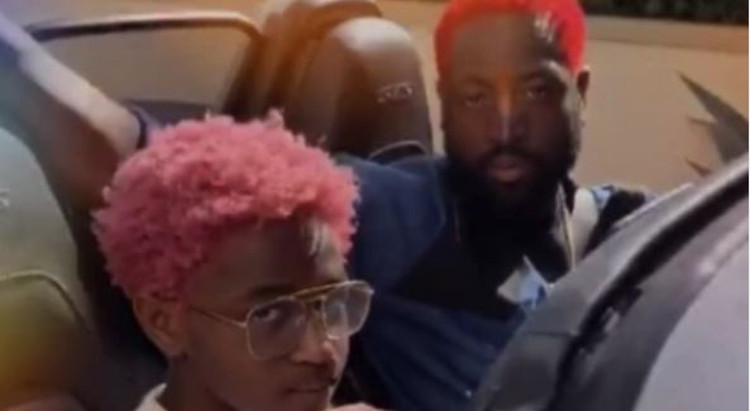 Dwyane Wade continues to be a very supportive father for his 12-year-old daughter Zaya, who used to be his 12-year old son Zion

Here Dwyane is showing f the new quarantine hair color both he and his girl got.

While most folks would find such a father-daughter display charming, Boosie Badazz, not so much.

He famously ranted on the ex NBA star after learning Zaya's transition.

"I gotta say something about this. Dwayne Wade, you've gone too f*cking far, dog. That is a male. A 12 year old. At 12, they don't even know what they next meal gonna be. They don't have sh!t figured out yet. He might meet a woman at 16 and fall in love with her. But his d*ck be gone, how you gonna."

When the backlash to his comments came, Boosie said he has nothing to apologize for. He has also been in a bad mood lately.  So he should probably stay f Twitter, where Dwyane and Zaya are trending for their matching 'dos.