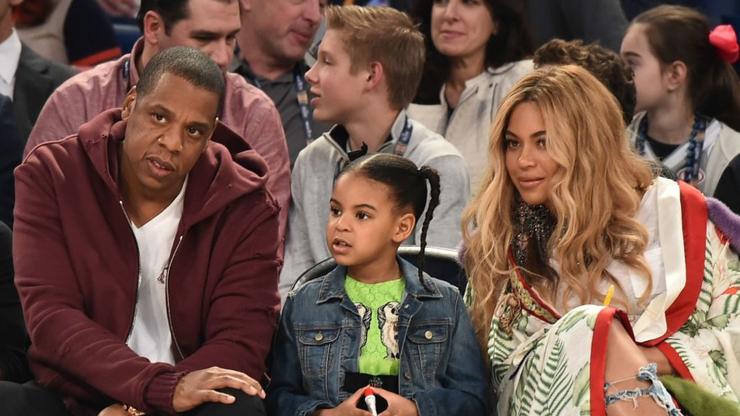 Listen to a clip of Blue Ivy sharing the empowering “Hair Love” tale by Matthew Cherry.

At only eight-years-old, Blue Ivy is already an award-winning entertainer. With parents like Jay-Z and Beyoncé, Blue’s voice was featured on albums before she could speak, and in her short life, she’s made appearances alongside her parents that have begun to shape her career. It’s being reported that Blue Ivy is expanding her resumé as she is now the narrator for the audiobook for Hair Love. Earlier this year, creator Matthew Cherry’s short film of the same name won an Academy Award for Best Animated Short Film. The story has been turned into a four-minute audiobook that features the famous celebrity kid.

Audible, one of the leading audiobook platforms, retweeted Cherry’s post about Blue Ivy’s addition to his venture. “Representation matters. This empowering title is all about the celebration of loving who you are no matter who you are,” tweeted Audible. ‘Narrated by the one and only #blueivy.” Gabrielle Union couldn’t contain her excitement about the news. “This is the gift that just keeps on giving!! Being able to hear Blue Ivy give voice to this masterful story is so awesome. They try to bury us, not knowing we are seeds of strength and beauty. LOVE!”

Hair Love follows the story of a Black father who adorably attempts to comb his daughter’s hair for the first time. You can check out a few reactions to Blue Ivy and Matthew Cherry’s big news below.