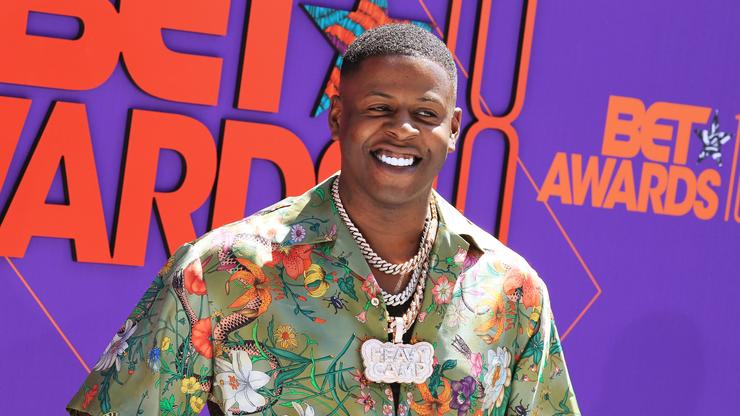 The passing of Young Dolph rippled through the city of Memphis and across the world. Fans continue to mourn his death and carry his memory in any way possible. Unfortunately, the feud he had with other rappers from the city continues to carry on. Over the weekend, footage emerged of Blac Youngsta’s performance at Aces of Dallas nightclub in Texas where he performed his diss record towards Dolph, “Shake Sum.” Backlash ensued with many fans believing that it was in poor taste for Youngsta to perform this specific record a little over a month after Dolph’s passing.

Blac Youngsta took to Instagram today where he addressed the criticism he faced in the past 24 hours. He explained that he has never been one to seek out sympathy, and with that, he also doesn’t “give 2 f*cks bout what the world thinks.”

“IT AMAZES ME HOW JUST BECAUSE IM A MULTI MILLIONAIRE GANGSTA THAT IM PUT UNDER THIS MAGNIFYING GLASS AND EVERY LIL THING I DO/SAY RECEIVES NEGATIVITY RATHER ITS TO BE PUT OUT THAT WAY OR NOT IM HUMAN I AINT PERFECT, I GO THRU SHIT JUST LIKE EVERYBODY ELSE.I DONE LOST MORE OF MY INNER NI**AS THAN ANY OTHA NI**A COMING OUTTA MY CITY,” he wrote before directly speaking on the rumors that his grandmother’s home was shot at immediately after Dolph’s death.

“MY GRANDMA DAMN NEAR ON HER DEATH BED NOW BUT I DONT GET ON THE INTERNET CRYING BOUT IT OR LOOKING FOR THE WORLD TO FEEL SAD FOR A NI**A,” he continued. “WHEN THE FALSE ALLEGATIONS CAME OUT LATE LAST MONTH ABOUT SUM HAPPENING TO HER HOUSE SHE WAS HOSPITALIZED THE DAY BEFORE THAT SICK AS CAN BE, I TOOK ALL THREATS & HOPES THAT SHE DONT MAKE IT FROM ALL TYPE OF PEOPLE IDK.”

In conclusion, he explained that, despite being a famous artist, he continues to face the same obstacles in life as regular people, though he refuses to allow anyone else to stop from him prospering.