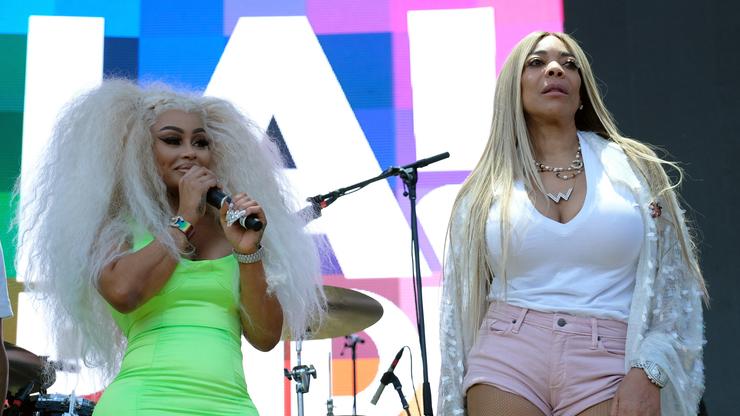 Wendy claims Chyna “regularly” texts her for help in finding a condo because Chyna allegedly told her “I have no place to live.”

It’s another messy moment for Wendy Williams. The controversial talk show host was on her show discussing the recent accusations made against Tyga, but it was a comment she made about his ex-girlfriend Blac Chyna that caused a stir. After Wendy said that it was a “smart move” for Tyga to put a lease in his and Chyna son King’s name to avoid any legal hiccups, she mentioned that Chyna regularly contacts her about her housing issues.

“I told you Blac Chyna texts me regularly, ‘Can you help me find a condo. I have no place to live,'” said Wendy. Her guest host, gossip journalist Devyn Simone, added that Chyna has mentioned in the past that she’s not receiving child support from Tyga and that her payments from Rob Kardashian for their daughter Dream were lowered.

“Yep, single mother of two. Can I find her a place to live,” Wendy added about the woman she’s called her “little sister.” “It was like, random, like maybe she sent a blast to everybody that she knows because it didn’t say ‘Dear Wendy.’ I didn’t answer it. I don’t want to be involved.” Chyna seemed to have responded to Wendy’s claims with a video she shared to her Instagram Story that showed her lavish home in Calabasas, California along with a few of her luxury whips. Check it out below.