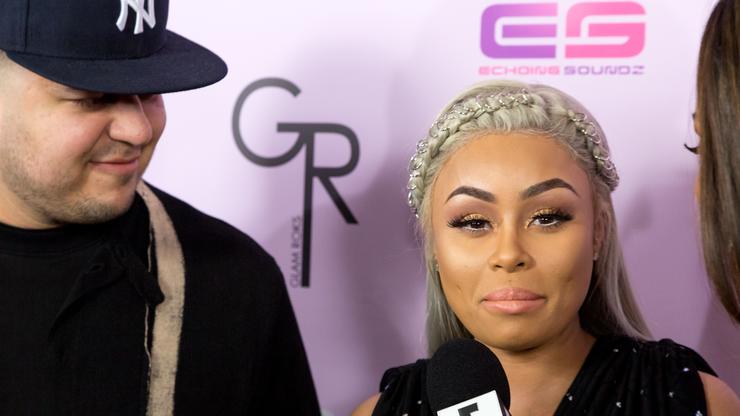 Last week we posted on reports that Rob Kardashian had filed legal documents against his ex Blac Chyna, looking to gain custody their daughter, Dream Kardashian. Rob came through with some serious accusations when he accused Blac abusing alcohol and cocaine around their daughter and even claimed that she was teaching their daughter sex moves. Rob said Dream began “naked twerking and acting out sexual positions that she said her mom taught her.”

Rob used his claims as a reason to ask for full custody Dream, requesting that when Blac does come to visit, she undergoes a drug and alcohol test 30 minutes prior and is accompanied by a nanny. TMZ now reports that Blac completely denies the allegations. A source told the publication that Blac only drinks on occasion and not in front her children and does not do drugs. Apparently Blac teaches Dream good hygiene and keeps her healthy – calling Rob out for his nasty lies.

Rob’s sister Khloe, as well as former employees Blac, supported his legal documents asking the court to reduce Blac’s custody. The exes previously stated how good their relationship was going but this new case sees them back in court battling it out.