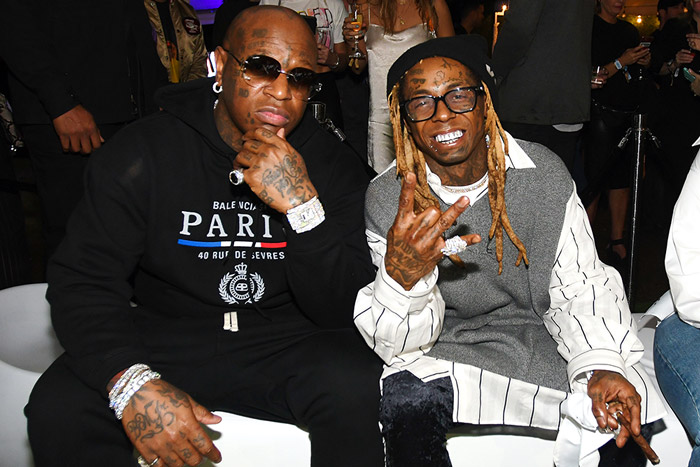 Birdman is ready to retire from rap, but not before releasing another album with Lil Wayne.

During Young Money Radio on Friday, the last episode the season, Weezy welcomed more special guests including Chris Brown, August Alsina, 2 Chainz, and his former Cash Money boss, who was his final guest on the show. Despite their past issues and legal battle, it was all love between the two as they reflected on their relationship and Wayne’s days at Cash Money.

“I’d like to welcome my pops to the show,” said Wayne while introducing Baby. “And put some respek on his fu**ing name.”

Tunechi was quick to sign on. “Man, come on. You ain’t got to ask. Come on, man, that was not a question,” he said before promising to send Birdman some music. “Man, come on, man. You know I’m going to send you six joints for you to put the verses to them. You know how I do, man.”

Birdman, who settled his lawsuit with Wayne in 2018, revealed that he plans to put down the mic once and for all. “Real round, that was me. You know I’m done rapping,” he said. “Rapping ain’t for me no more, I’m done with that shit. I like to make rappers, that’s what I do.”

But before he retires, he wants to put out one final project with Wayne. “Real rap. So, I just want it to be my little farewell thing. I want to go out how I came in.”

The Cash Money mogul recently paid $225,000 in rent for hundreds subsidized tenants and families in the projects New Orleans during the COVID crisis. And he wants to do even more for his hometown. “I want to buy all the projects,” Stunna told Wayne. “That’s one my goals for the rest my life. I’ma purchase all the projects in New Orleans and let everybody live for free.”