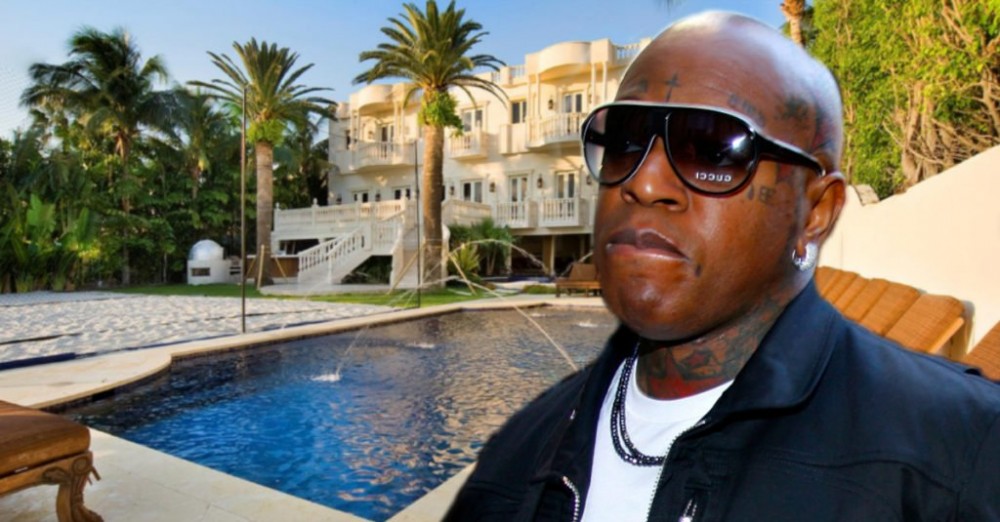 Birdman is being forced to give up his Miami mansion.
According to The Blast, the Cash Money head honcho is losing his house after welching on a loan. The gossip website reports that the financially troubled label head and rapper has to turn over his 7-bed, 11-bath home immediately.
The 20,000 sq. ft. house was put up as collataral for a loan he took out with a company called EMG Transfer Agent. The company fronted the Big Tymer $12 million and now that he’s defaulted on it, EMG is coming for the house
Birdman bought the house in 2012 for a cool $14.5 million. Birdman put the house on the market in June for $20 million, eventually dropping the price down to $16 million. It’s possible that the rapper was trying to get rid the home before it was taken from him by the courts, but the agent representing the property fered another explanation.
“The rapper is looking to downsize,” Brett Harris told The Real Deal. “It’s too much home for him,” he said. “We’re actively pursuing other properties in South Florida] for him now.”
According to The Blast, a court-appointed representative will take over the house and the house is not allowed to be sold until the legal case is over.