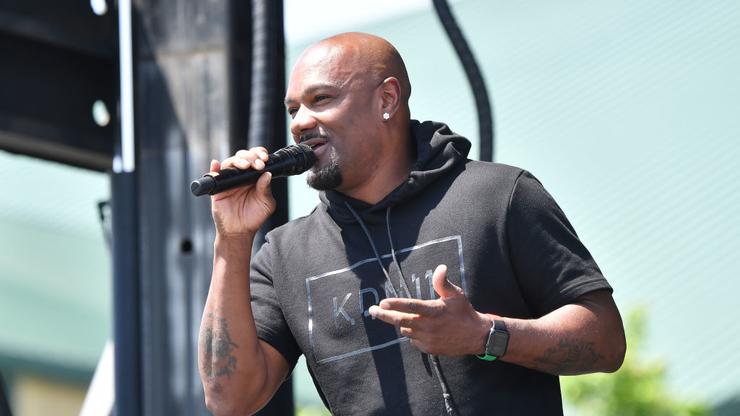 Big Tigger reveals that the beloved series “Rap City” is set to return later this year.

For many rap fans in their late twenties and thirties, BET’s Rap City played a formative role at some point or another. For those who don’t know, BET used to have a segment called Rap City: The Basement, hosted by Big Tigger.

The show would feature one-on-one interviews with artists before capping off with a freestyle session at the end. Overall, it was an appropriately rap-centric place where fans could hear directly from the emcees of the era, and many turned in incredible freestyles when it came time to hit the booth — Tigger included.

Now, it would appear that Rap City is set to return, a nostalgic breath of fresh air that may drive many back to BET to see what’s in store. Tigger recently took to Instagram to confirm the imminent arrival of Rap City 21′, though judging by the look of it, he’s no longer holding it down in The Basement.

“This is not a drill… This is not a throwback… #RapCity21!! Details soon… ” writes Tigger, making it clear that his beloved series is about to shake things up once again. Again, there isn’t much clarity regarding what’s in store, though the 21′ confirms that we’ll be seeing Tigger’s return before the end of the year.

It will certainly be interesting to see how Rap City adapts to a new musical climate, one that has vastly changed since the early millennium — the idea of seeing some of today’s most popular rappers hitting the booth to freestyle seems to hard to picture. Yet some might be happy to oblige. It wasn’t long ago that Joey Bada$$ and the entirety of the Beast Coast revived The Basement for an epic freestyle session, one you can check out here.  Russ and Ab-Soul also paid homage to Rap City, enlisting Big Tigger for “Who Wants What.”

Are you excited to see Big Tigger hosting Rap City once again after all these years?