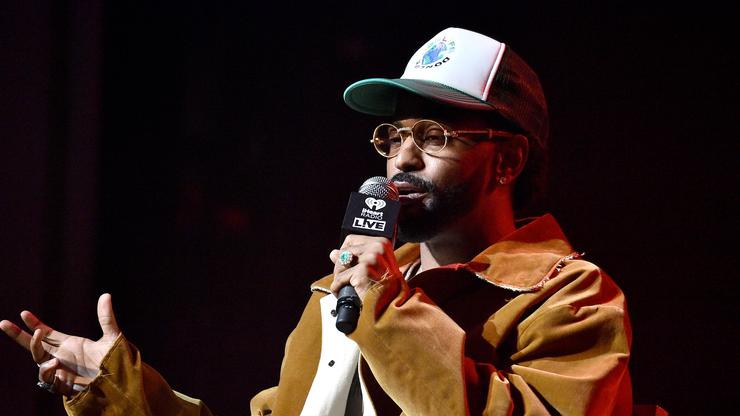 Big Sean was a guest on the “Jemele Hill is Unbothered” podcast where he talked making “Detroit 2” and working with Eminem & Stevie Wonder.

Big Sean is enjoying the success of his most recent project Detroit 2 and staying busy, spotted in the studio with Freddie Gibbs and confirming a new TWENTY88 project with Jhené Aiko.

The rapper has been on a press run this last month in support of his album, most recently appearing on The Fat Joe Show, where Joe compared his energy to Nipsey Hussle.

He dropped by the Jemele Hill is Unbothered podcast on Spotify to talk about making Detroit 2, his mental health, and working with legendary artists.

“I always knew I wanted to do a sequel to Detroit,” he said. “That was like one of my favorite projects.”

He explained that his recent difficulties with his mental health inspired the album above all.

“I was going through crazy depression, crazy like anxiety […] I felt like broken inside,” he shared. “I for sure was thinking about [quitting rapping], you know, because I was so frustrated sometimes.”

Sean stressed the importance of positivity in life and happiness, and attributed his success to directing his positive energy both inward and outward.

“I realized that rapping wasn’t necessarily my passion all the way,” he said. “My passion is to inspire.”

Sean also shared his thoughts on working with fellow Detroiters Eminem (“He is so far in GOAT status”) and Stevie Wonder, calling the latter “the greatest singer songwriter, artist of all time.” He recalled considering pushing back Detroit 2 so he could feature a song with Stevie, but decided against rushing it, calling it “the most important music” he could made.

“This something I gotta take my time with,” he said. “We are in the process of putting some ideas together. So hopefully that works out. But he delivers such an amazing story and put his energy on his album and [I’m] so thankful for that.”

Later in the interview, Sean maintained that he still had love for Kanye West: “He gave me an opportunity of a lifetime. He changed my life and really, really gave me a chance to prove myself. So for that alone, I’m gonna always have respect and love for him.”

Sean also had a message for fans going through similar mental health struggles.

“My advice is to just have fun and… enjoy [life] because that’s when just… the blessings are gonna come back to you.”

You can check out the interview in its entirety below.