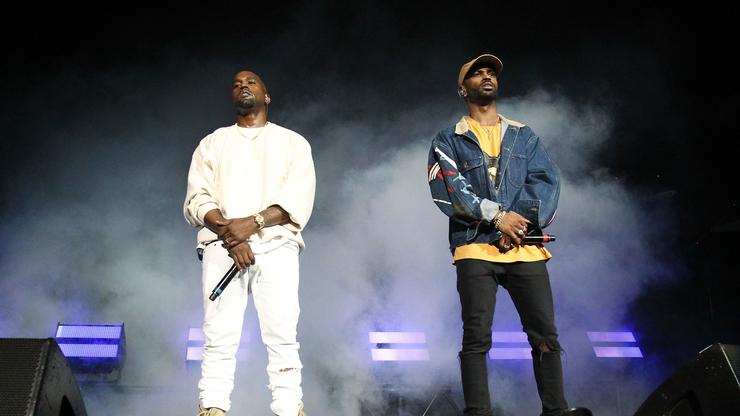 Big Sean gave N.O.R.E. and DJ EFN the answers we’ve been waiting for.

Revolt TV’s Drink Champs podcast, hosted by N.O.R.E. and DJ EFN has been on an undeniable roll for the last few weeks. Guests like Alicia Keys, Kanye West, and now, Big Sean have graced the studio as of late, spilling the tea that we’ve been dying to hear about.

As you may already know, Ye’s stint on the show – which was actually released in two parts – was one for the books. The father of four addressed plenty of his beefs with other artists, including Big Sean, who, following West’s appearance, revealed that he couldn’t wait for his chance to come on and set the record straight.

Of course, there were plenty of interesting angles in the interview, but many viewers couldn’t wait to hear about the “Mercy” collaborators’ drama. “So lemme ask you, before we finish, if somebody owed you $500,000, how would you feel?” Sean quizzed N.O.R.E., who replied, “I would feel f*cked.”

“What if they owed you that, and you showed up for them and you did all these things, right? And they up billions! And then the n*gga who comes at them, who talks the most shit, he be big and up in the interview and shit,” Sean continued, getting amped up. When the host pressed him to name drop who he was talking about, the guest admitted, “Drake,” reminding listeners that Ye “loves” the Canadian star now that they’ve squashed their beef.

Sean said, “when you wanna talk about loyal to a fault… Yeah, I been loyal because I feel like I’m the only one who stayed that long for GOOD Music, so yeah, it was a personal… It affected me personally.” He then addressed how Ye first connected with him following the father of four’s stint on Drink Champs, during which he made some choice comments about his long-time collaborator.

“Y’know, he texted me the next day and said, ‘I want to meet with you and your mom to begin healing on both sides.’ I was angry.” The “Blessings” hitmaker revealed that Ye didn’t say anything when they saw one another at Sunday Service, but instead, waited until after to make contact.”

Sean admitted to taking Ye’s comments “too personally,” also saying, “You publicly humiliated me when I been down for you.” He went on to address the DONDA artists political career, saying, “now peep this – while he was running for president, I didn’t have his contact. I purposely didn’t endorse anybody publicly politically because my mans is running.”

“I don’t even have his contact at the time, because I’m tryna figure out other business. We got other things to talk about… Now, ain’t nobody ever showed me that support… I’m the number one earning artist on GOOD music, and I didn’t come out and support no Democratic party because my mans was running, and he wasn’t even on the ballots in [some] states.”