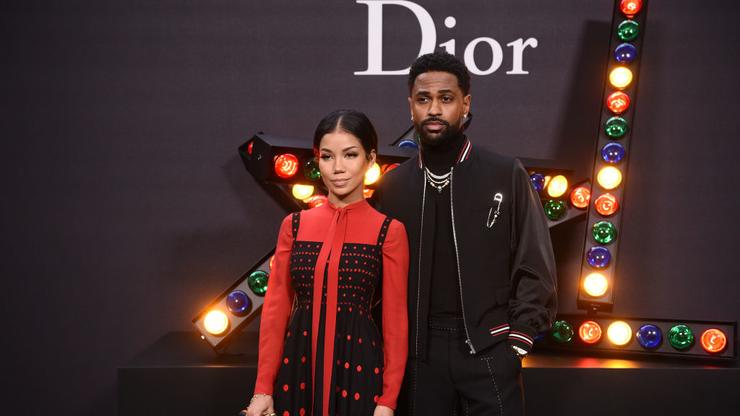 Jhené Aiko forced Big Sean to eat his least favorite food, seafood, which he did to impress her.

Big Sean will do anything to make his girlfriend smile.

The Detroit native told fans about his severe hatred of seafood, refusing to eat shrimp, crab, and other similar foods. However, he continues to find himself at sushi restaurants with his girlfriend Jhené Aiko, where she forces him to try out foods that he knows he’ll hate. He posted a story about it today, which shows the extent of how far he’ll go for love.

“I can’t eat seafood, I hate it,” wrote Sean. “The smell, texture, taste, i just can’t do it. Nothing against people who eat it, just not for me. My Dad said ‘one day you’ll find a girl that you’re into so much that you’ll eat RAW fish’. I told him f*ck no, never! N here we are today. This the 2nd time she did this in my life.”

He proceeded to share a series of videos, showing Jhené beg him to take a bite of some raw fish, to which he reluctantly agreed. You can tell that he wasn’t feeling it because, at first, he tried to complete the task without swallowing. Clearly though, Jhené wanted to watch her man suffer because she kept the pressure on, making sure he finished.

Would you eat your least favorite food to impress your crush?