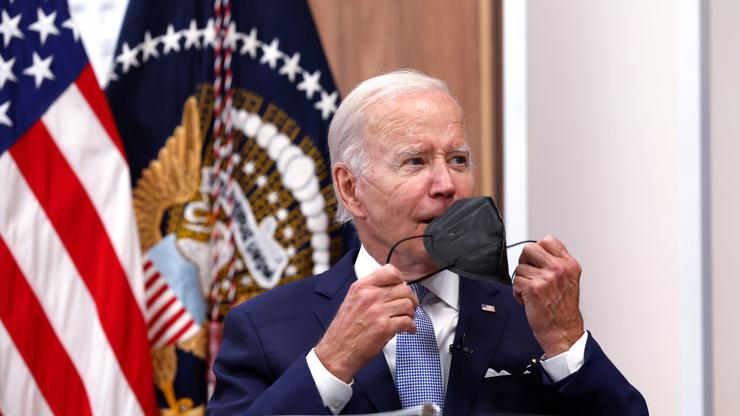 After testing negative on July 26, the President has contracted the virus yet again.

Just last week, on July 21, President Joe Biden announced that he had tested positive for Covid-19. In a social media video, he informed his millions of followers that he had come down with the illness, but that everything was going to be okay. “I’ve been double vaccinated, double boosted,” he stated, “Symptoms are mild… I’m doing well… Keep the faith.”

Five days later, it was reported that he tested negative. However, four days after getting rid of the sickness, Biden has caught COVID once again. An hour ago, he took to Twitter to inform the public.

“Folks, today I tested positive for COVID again,” he wrote. “This happens with a small minority of folks. I’ve got no symptoms but I am going to isolate for the safety of everyone around me,” he added. To conclude his message, he assured citizens that he is still working and will get back on the road soon.

Biden’s physician, Kevin O’Connor, stated that on the mornings of Tuesday through Friday, the president tested negative. O’Connor noted that this was due to a “Paxlovid rebound.” Paxlovid is a pill used to keep high-risk patients from needing to be hospitalized due to their illness.

According to the Washington Post, physicians have warned those using the medication that they can get infected again days after testing negative for the virus.

After the news was shared on social media, thousands of people shared their input. Some expressed optimism, sending Biden their best wishes. Others, however, scolded him for having so many vaccinations and still contracting the illness.