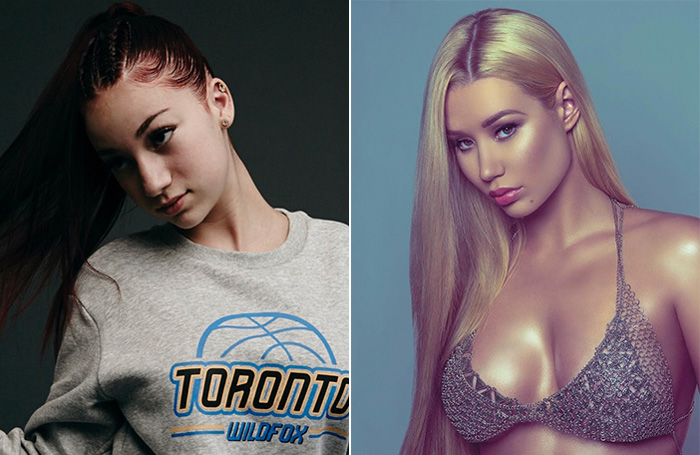 Danielle “Bhad Bhabie” Bregoli “Cash Me Ousside” fame does not want to be compared to Iggy Azalea. Today, the teenage rapper made that clear when she dissed her Australian rival on “Hi Bich (Remix).”

The 14-year-old takes aim at Iggy’s age (27), while claiming that she is wealthier than the “Fancy” star. “Bitch don’t compare me to Iggy,” she raps on the track. “That old ho is washed and I’m lit / Wouldn’t pay her to wash up my whip / Bye broke bitch, bye ho.”

The Atlantic Records signee is now planning to unleash a mixtape soon. “Hopefully in February or March,” she recently told Billboard. “I’m in the studio at least three to six times a week.”

Listen to “Hi Bich (Remix)” below.