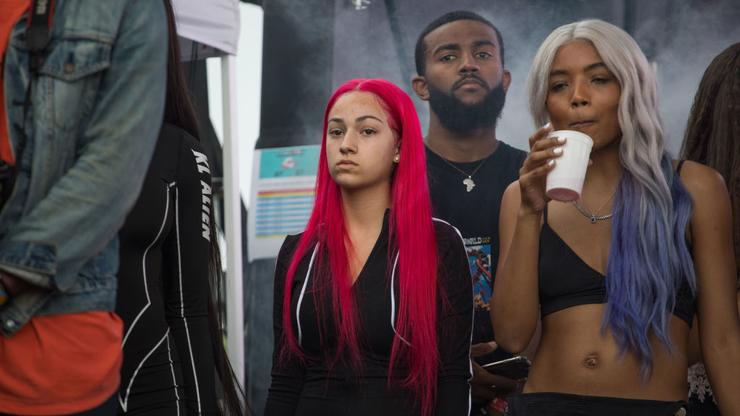 Rapper Bhad Bhabie, also known by her real name Danielle Bregoli, has been extremely open with her fans about what kind of procedures she’d undergone to change her look over the years. The eighteen-year-old celebrity has been in the public eye for the last half-decade and, because of puberty, she’s grown up quite a lot in recent years. However, on her social media pages, people have seemingly forgotten that Bhad Bhabie is still a teenager because they’re bullying her and accusing her of getting all kinds of facial reconstructive surgeries, which she has denied.

Most recently, the teenage rapper posted a video on TikTok, wearing heavy makeup and a new wig, which fans were not feeling. After she was called out for looking much older than her age, Bhabie fought back by admitting that the video shoot was staged to bait her haters into making hateful comments, and it worked. Now, she’s addressing the situation for the last time, admitting what she has done to her body over the years, what procedures she’s interested in getting done, and more.

“This is gonna be my last time addressing this,” said the rapper in a video. “I got 1/2 syringe of lip fillers a couple months ago, veneers and sculptra and silicone in my butt. I’ve told y’all that multiple times,” she continued in her caption. “What’s the point of my wearing make up if it don’t make me look better? Im only 18 why would I get full facial reconstruction surgery when I don’t even know how I’m gonna look when I get older? Only when I wear make up and/ or wigs y’all say I got surgery and compare it to pics of me at 13… no one else looks the same at 18 as they did 13 14 everyone has a glow up. Some ppl was ugly ass hell as kids and look amazing now.

Yall literally have all grown up y’all know what goes on. When I do get my nose done I will b glad to let y’all know but funny thing ab me is I’m scared as hell Of being put under anesthesia so I would never even do that over some looks only if it was a life or death situation or something for my health.”

At this point, it seems like Bhad Bhabie has fallen into her trolls’ trap, constantly explaining herself as they simply look for a reaction out of her. Hopefully, she can spend some time off of social media and realize that she never needs to explain herself to her haters.