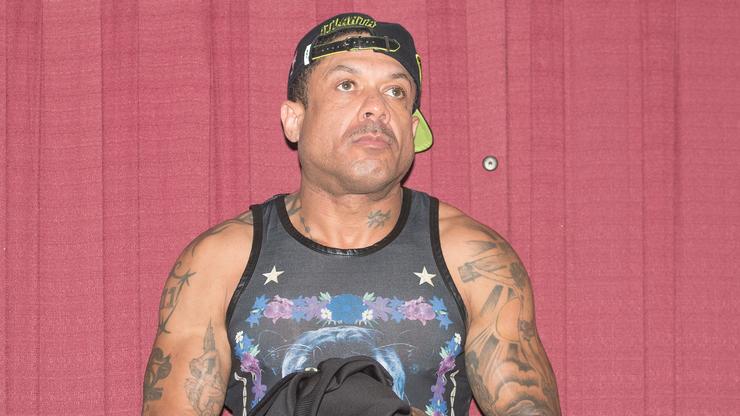 Benzino pens a lengthy response after Royce Da 5’9″ threatened to take Coi LeRay “to the park and let her ride the swings.”

Benzino’s been going at it with just about everyone and anyone this past few weeks. It began, of course, with his deep-rooted hatred towards Eminem but it didn’t take long for other individuals, such as Royce Da 5’9″, to chime in on the matter. The Love & Hip Hop star publicly challenged Royce Da 5’9″ to go hit-for-hit on Verzuz, claiming that his catalog can stand against the Detroit MC’s.

On Saturday morning, the “Pull Up Your Skirt” rapper called Royce Eminem‘s “slave boy” on Twitter which resulted in a scathing response from Royce who pretty much told Benzino to be a better father to his daughter, Coi LeRay. “I’m gon take your daughter to the park and let her ride the swings if you don’t quit spending your whole day being a twitter goon. She pussy popping on a handstand on IG. Now go hug her and tell her she’s beautiful before Drake or Trey Songz does,” he tweeted in response.

Before jumping into Benzino’s response, it should be noted that he has since deleted tweets where he stated that he would put his “dick in your mothers mouth nickel.” That being said, he is now claiming that he wasn’t going to stoop that low in retaliation against Royce, even as he posted a photo of the Grammy-nominated rapper and his mother.

“So someone sent me this pic of @royceda59 and his mother for me to disrespect her for what he said about my beautiful 23 year old daughter Coi, but I’m not and I won’t. Nah his mother is a beautiful queen who had nothing to do with our situation,” he began. “I don’t know why Royce thought it was ok to say he would take my daughter to a park and insinuate he would have sex with her. You sounded like a pedophile,” he continued.

Benzino attempted to downplay his own attacks on Royce Da 5’9″ and said, “If Royce feels like he has to speak for another grown man that’s up to him.” However, Benzino declared that he’d be seeking vengeance for the comments towards his daughter.

“you will regret what you said I promise you,” he added before claiming Royce is merely trying to “appease Em’s white fan base” “He losing sight that they love for black men to try and kill one another while Em just sits back and watches his so called friend do his dirty work,” Benzino continued. “it wasn’t long ago when Royce was dissing Em and trying to be Malcom x and pro black.”

Concluding with a statement about the “perverted and predatory” comments about Coi LeRay, Benzino assured Royce that he “made big mistake and soon you will understand that.”