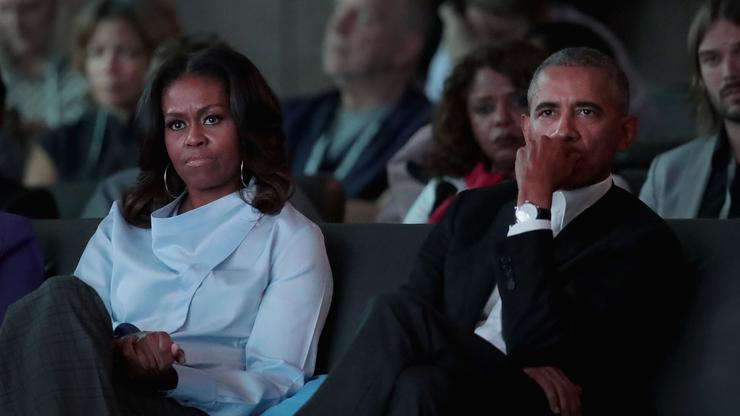 They’re seen as one of the happier presidential White House couples, but the former President shared that his position caused division.

As the 2020 presidential election (sort of?) comes to a close, former President Barack Obama is preparing for the release of his memoir, A Promised Land. Back in 2018, former First Lady Michelle Obama shared her best-selling memoir Becoming that came with a documentary and national tour. It’s President Obama’s turn to highlight the highs and lows of his life, and in an excerpt released by CNN, he detialed the strain that the presidency took on his marriage.

“Despite Michelle’s success and popularity, I continued to sense an undercurrent of tension in her, subtle but constant, like the faint thrum of a hidden machine,” Obama wrote. “It was as if, confined as we were within the walls of the White House, all her previous sources of frustration became more concentrated, more vivid, whether it was my round the clock absorption with work, or the way politics exposed our family to scrutiny and attacks, or the tendency of even friends and family members to treat her role as secondary in importance.”

He added that there were evenings as he was “lying next to Michelle in the dark, I’d think about those days when everything between us felt lighter, when her smile was more constant and our love less encumbered, and my heart would suddenly tighten at the thought that those days might not return.”

Following the Obamas departing the White House, the presidential couple regularly shared images of their vacations and more relaxing moments. A Promised Land will be available on November 17.