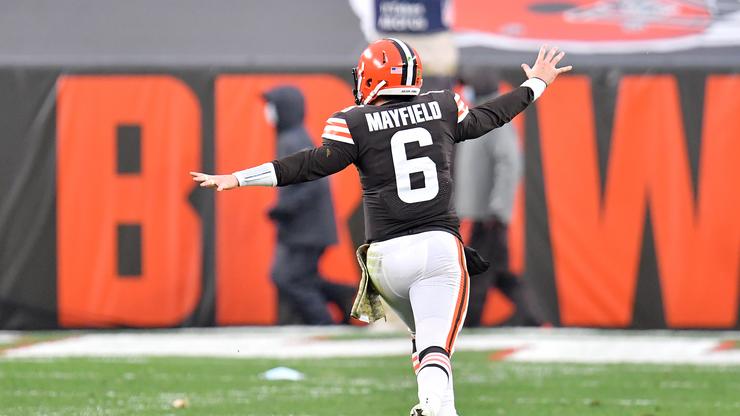 “Yeah, they made great plays when they needed to,” Mayfield said. “I think Myles took the approach that real Gs move in silence like lasagna.”

Garrett kept pressure on the Texans though out the game, recording 2 tackles for a loss and 0.5 sacks. Sunday’s game brings his season total in sacks to 9 and his career total to 40. He is the quickest player in franchise history to reach 40 sacks.

Garrett wasn’t the only player Mayfield had high praise for; the quarterback also celebrated the football IQ of Nick Chubb.

“Obviously, Nick is a tremendous player and a leader by example for this team. We are very excited to get him back… That is a football awareness thing by him. It is one of a kind to be that team-first [mentality] to step out of bounds or get down before the end zone,” Mayfield said, referencing Chubb’s decision to stop short of the end zone to finish the game in order to drain the remaining clock.

The Browns are now 6-3, in third place in the AFC North, behind the Ravens and Steelers. Next week they will take on the Philadelphia Eagles.