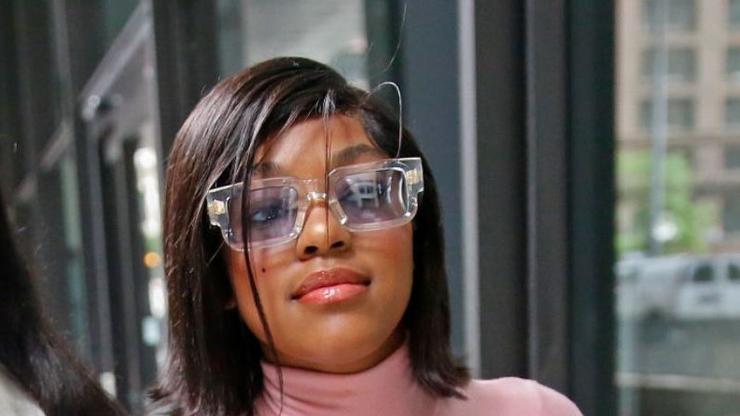 The former “girlfriend” of the singer says that she’s decided to speak out because “victims are not the ones that should be shamed.”

She’s repeatedly promised that she would one day detail her experience as the “girlfriend” of disgraced music icon R. Kelly, and Azriel Clary has, little by little, begun to do just that. The 23-year-old has shared her emotional rollercoaster since leaving Kelly and his other girlfriend Joycelyn Savage. There have been fights, tears, interviews, and social media updates, and recently, Clary sat down with Fox Soul where she explained why she feels it’s important to speak out.

“For me personally, it was quite disturbing. A majority of the backlash that I received was from the Black community and other influencers and celebrities,” said Azriel. “But more importantly, that’s kind of what made me feel like it is quite important that I share this because there are so many people that are just like me. Victims are not the ones that should be shamed. It should be the predator. It should be the abuser.”

“It just shows that there is still a lot of hypocritical people and there are a lot of people that are just very ignorant to the situation,” she added. “There’s really nothing that I can do for them, personally, but what I can do is help victims know that it is okay to tell how you feel. It is okay to open with the world regardless of the backlash that it comes with.”

Clary also said that most people have either “dealt with abuse or know someone who has gone through abuse in some way, shape, or form,” so she wanted to lend her voice to the conversation. After Fox Soul shared the clip to their Instagram page, R. Kelly supporters were quick to denounce Clary. Some simply left comments saying “Free R. Kelly,” while others accused her of shopping her story to networks. Check out the clip below.