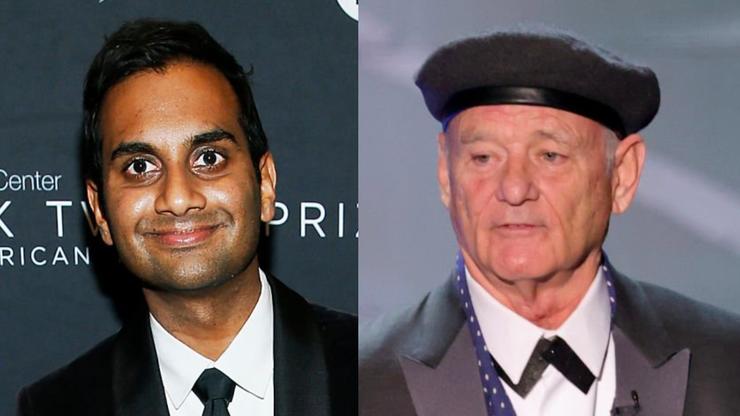 Ansari directs, stars in, and wrote the film, but production was reportedly paused after someone complained of Murray’s alleged “inappropriate behavior.”

Shake-ups in Hollywood have continued and this time, Aziz Ansari’s new production has reportedly been temporarily shut down. The comedic actor has been hard at work as he prepared for the release of his directorial debut Being Mortal, but today (April 21), several reports have surfaced stating that something has occurred on set that has caused the film’s production to come to a screeching halt.

After rumors spread like wildfire, The Hollywood Reporter claimed to have confirmed the gossip and shared that Searchlight Pictures, backed by Disney, pressed pause after a complaint was filed last week against one of the film’s stars.

Being Mortal, adapted from the novel Being Mortal: Medicine and What Matters in the End, reportedly stars Bill Murray, Keke Palmer, and Seth Rogan. It is unclear what the nature of the complaint was, but it reportedly involved something that had to do with “complaints of inappropriate behavior” from Murray.

It was also reported that Searchlight is actively investigating the alleged complaints and when the studio was asked for details regarding the incident or incidents, they reportedly responded by saying that they do not “comment on investigations.” Ansari nor Murray have spoken publicly about the controversy, either.

The Hollywood Reporter added, “A source close to the production told THR Ansari and producing partner Youree Henley are working with Searchlight to figure out the next steps.” We’re sure more about this will be revealed as the investigation develops.