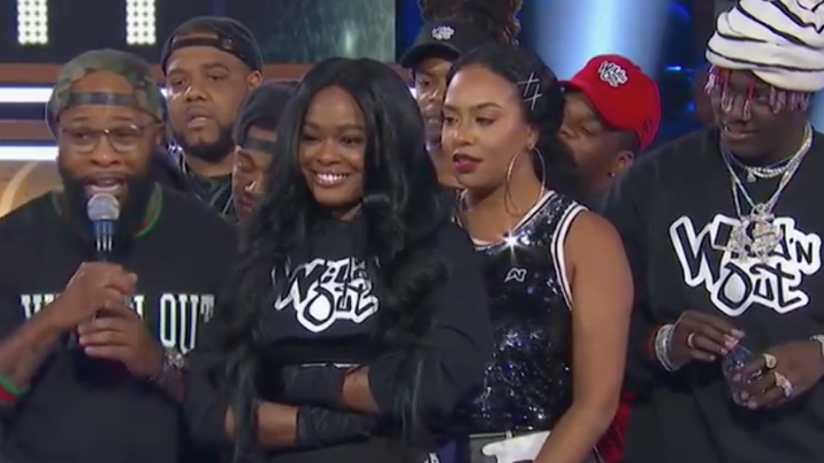 There’s no questioning how much Azealia Banks does not like Nick Cannon after her controversial appearance on a 2018 episode Wild ‘N Out. Now she’s supplementing her dislike even more with her response to Cannon’s recent firing from ViacomCBS following anti-Semitic comments he made on his Cannon’s Class podcast.

On Friday, the Harlem rapper took to her Instagram stories to not only ridicule Cannon but made claims that her voodoo is responsible for Cannon’s termination.

“This is a good day. How the hell did you get your whole show canceled though?” said Banks in the since-deleted story that only showed Cannon’s Instagram handle.

“How do you get canceled from your own shit? And how you wanna get on there talking that Hotep shit, that anti-Semite shit, that stupid ass bullshit but you had no problem disrespecting a fucking Black woman on TV? You see? Dummy. Dummy. Dumb ass Black man! You see stupid! Stupid! Now that’s what the fuck you get, nigga.”

Banks went even further and called Cannon a bitch while also telling him to take a bath in vinegar.

Azealia Banks had a few things to say about Nick Cannon

“Azealia Banks voodoo is kicking in 2020. That’s what I’m talking about, niggas” she said elsewhere in the Instagram story. “You gotta sit in that vinegar and soak. Soak in that fucking vinegar, bitch.”

As now, Cannon hasn’t responded to Banks but announced he’ll be taking a break from his radio show to focus on setting up an action plan to fight against racial injustices.

“Nick Cannon has begun a period self-reflection to address the pain he caused, and while we recognize his apology, this time is needed to establish an action plan towards real change and advocacy,” Skyview Networks, who distributes Cannon’s show across the country, said in a statement. “During this period, production the Nick Cannon Radio show will pause. Skyview Networks values all communities and faiths and we expect all programs and personalities we syndicate to adhere to these principles.”