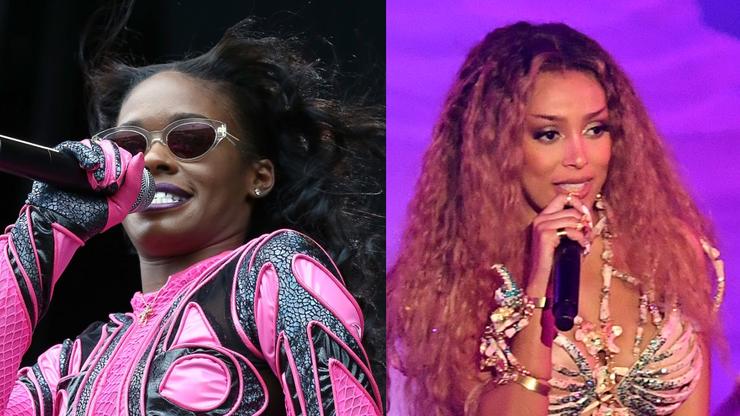 She’s targeting Doja once again and this time, Banks has more to say about Doja’s skills.

She will always make her voice heard and after trashing Kanye West’s Donda, Azealia Banks is back to targeting Doja Cat. In the past, Banks has taken her fair share of digs at the Planet Her artist, and while it is unclear why Banks decided to erupt on Doja in the first place, Banks has maintained that she is the brighter star.

Recently, a Twitter user seemingly called out Banks for “fatshaming” Doja Cat before dishing out compliments to the Popstar. “Just for her to finally admit now that Doja is also a bonafide star.. Hm k.” The tweet did not go unchecked by Banks.

“Actually, I’m the bonafide star, wrote Banks, “Doja makes music for ten year olds and is very derivative. Cute girl, but her attempts at witty east coast Roman reloaded flows are pitiful and not in the least amusing. And yes she looked terrible before she lost weight. Cut azealia & doja are miles more culturally important than any of these weak ass white socialites.”

This probably won’t be the last time Banks has something to say about Doja, so check out her latest below.