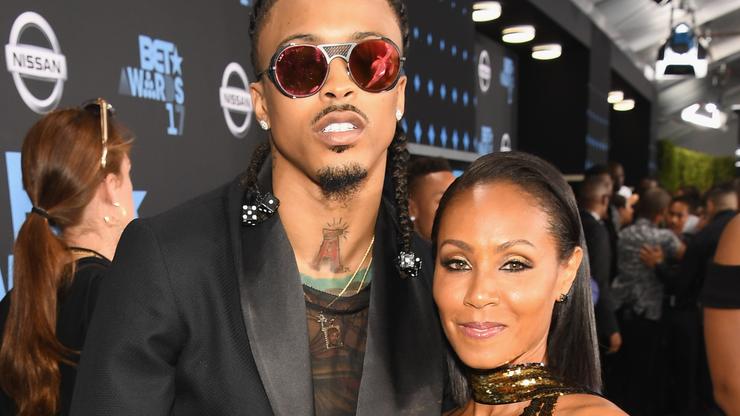 August Alsina responds to Jada Pinkett-Smith’s now-infamous “Red Table Talk” with husband Will Smith where she summed up their secret relationship as nothing more than an “entanglement.”

“Entanglement” may rival “coronavirus” for the word 2020, and it’s all thanks to a secret relationship that transpired between R&B singer August Alsina and veteran actress Jada Pinkett-Smith — you know, wife fellow A-list actor Will Smith. Following Jada’s viral Red Table Talk where she used the word to sum up their “coupling” while on break from Will, August is now shedding even further light on the whole ordeal following the social media craze that’s resulted ever since his original interview with Angela Yee created all this public fodder.

Speaking exclusively with Vulture, August cleared up his own definition the word “entanglement,” his current relationship with The Smiths and why you won’t be hearing him speak the name Keke Palmer anytime soon.

“I don’t know why that word is such an issue. I would agree with Jada]. If you look up the definition “entanglement,” it is a complex and difficult relationship. It was exactly that. I think it’s just the language that probably stuck out to people. But I definitely have to agree with it being an entanglement. It definitely was something complicated, a complicated dynamic.”

On His Current Relationship With Will & Jada:

Here’s the deal: I don’t have an issue with anybody. I love everybody. I love all them. They’ve been my family, and there’s a lot history there. They’re beautiful people. They’re beautiful spirits. They really are. After my sister died cancer in 2018], I decided to do something different and kind untangle myself from what I had been tangled up in for so long, because it kept me out alignment with my true self, so to speak. I’m an artist. But because the full truth was never there and the clarity was never there, it kept me from living in my expression. And that made me feel weighted down. That, itself, is another form oppression and repression and suppression. It started to kind eat at my life force. That’s really what it’s about more than anything. But there’s no bad blood with anybody. They the Smiths] got the Angela Yee interview] way before the world ever saw it. It came from a loving place. There’s no bad love with anybody. I got love for everybody on this planet.

I would dive into that with you, but I literally can’t give her any my energy at this point in my life. I actually gave it too much my energy. But what I will say is that covert narcissism exists. There’s so much that I witnessed that people don’t know that I see, that comes across my table. People will throw stones and hide their hands and then get back and play victim. I’m aware that. That’s just people. But with that in particular, I don’t even have the energy to devote to that conversation at all. When I said “next,” I meant that in real life.

Read the full interview right now, where he speaks at further extent on the above topics and gives an update on his current health, over on Vulture.