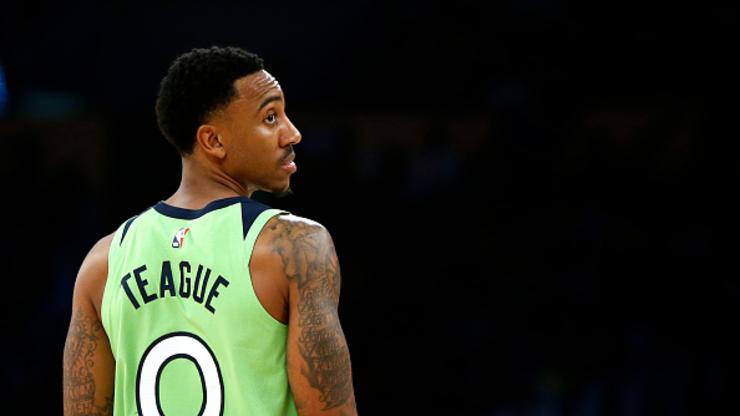 Jeff Teague returns to the Hawks as part three-player trade.

Former Hawks point guard Jeff Teague is heading back to Atlanta as part a three-player trade announced on Thursday.

According to ESPN’s Adrian Wojnarowski, Atlanta acquired the 31-year old veteran, as well as 26-year old guard Treveon Graham, from the Minnesota Timberwolves in exchange for Allen Crabbe. The move opens up an extra roster spot for Minnesota which could come in to play as part a bigger deal ahead the league’s February 6 trade deadline.

The Hawks drafted Jeff Teague 19th overall out Wake Forest in the 2009 NBA Draft, and he spent his first seven seasons with the team. During that time, Teague averaged 12.1 points and 5.2 assists per game while helping the Hawks reach the post-season in each season.

According to ESPN, the Atlanta has an fensive rating 108.2 with Trae Young on the floor, and 90.7 f it, so they were clearly in need a back-up point guard. In 34 appearances with the Wolves this season, Teague is averaging 13.2 points and 6.1 assists per game.

As Thursday, the Hawks (9-32) are just percentage points behind the Golden State Warriors for the worst record in the NBA. Minnesota, meanwhile, is sitting at 15-25, just 3.5 games back the eighth seed Memphis Grizzlies.