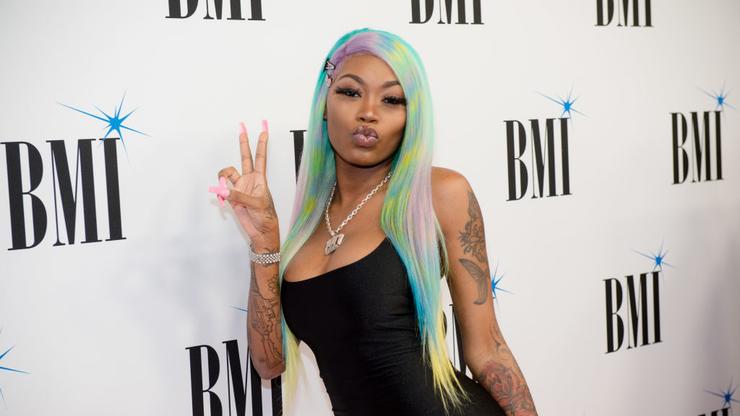 Dallas-born rapper Asian Doll had been dating late Chicago-based rapper King Von for a few weeks at the time of his murder, and she has been riding for him ever since his death. In the months following his passing, Von’s memory was etched onto Asian’s skin a total of five times, with the rapper showing off her various Von-inspired tattoos. Last week, she paid tribute to the late drill rapper yet again, getting his initials tattooed onto her face.

Asian Doll previously told her fans that she would be getting a tattoo in honor of Von on her face, taking a few months to decide on the design she wanted. She ultimately chose to get his initials marked above her eyebrow. Von, whose real name was Dayvon Daquan Bennett, now lives permanently on Asian Doll’s face in the form of her “DDB” tattoo.

This marks the sixth tattoo that Asian has gotten for King Von in the last year. She has also paid tribute to him by purchasing a realistic enamel chain with his likeness as the pendant.

“I just tatted yo name on my face,” tweeted Asian with sad emojis.

She has clearly been having a difficult time coping with the loss of her ex-boyfriend. There are moments where it feels like she’s moving on, but it’s obvious that Von just won’t leave her thoughts. She was previously in a relationship with rapper Jackboy, which didn’t work out. And last week, Asian asked Antonio Brown out on a date, who turned her down.

Check out her new face tattoo for King Von below and let us know what you think of the tribute.