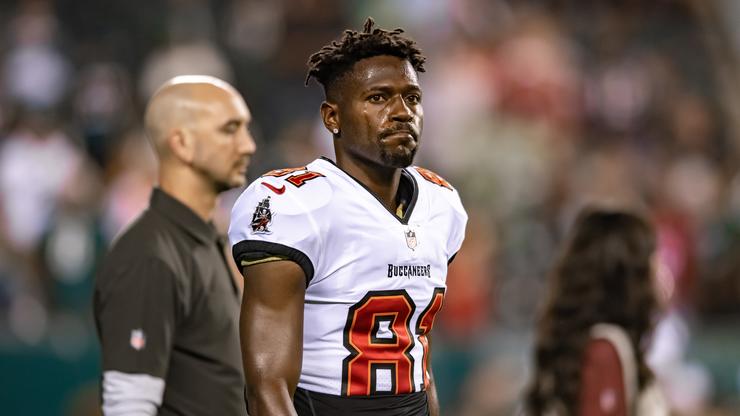 AB’s chef has been causing problems for him lately.

After Ruiz revealed this, the league launched an investigation into the claim, and concluded that Ruiz was correct. Brown was guilty of faking his vaccination status, and was suspended by the NFL for three games.

At the beginning of the season, Brown’s team the Tampa Bay Buccaneers had announced their entire team was 100% vaccinated, so it seemed that AB fooled everyone with his fake vaccine card.

Through his attorney, AB announced Thursday (Dec. 2) that he was vaccinated, and will use his three game suspension to rest his ankle which has been facing injury issues.

However, now that the dust has settled in Brown’s vaccination status fiasco, Ruiz is still not done with AB. On Saturday (Dec. 4), the former chef told TMZ that he would be suing Antonio because he never paid him his $10,000 debt. Ruiz would regularly prepare meals for AB, and quit once he realized Brown was not paying him. Even after approaching Brown’s attorney, Antonio refused to pay, leading to the lawsuit: “The game plan now is to file a lawsuit and take it from there. People provide a service and you’ve got to pay for it. That’s it.”

Ruiz continued to say that even the vaccine debacle cold have been avoided if he had just paid Ruiz, so it seems like this was an elaborate plan by Steven to get back at AB: “If he had just probably paid me, you know what? He probably would still be getting paid in the NFL right now. He’d probably be playing the games that he could be playing and none of this would have even happened.”

Antonio Brown likely did not imagine is own chef could cause this much turmoil in his life, but that’s what happens when you employ somebody and don’t pay them.