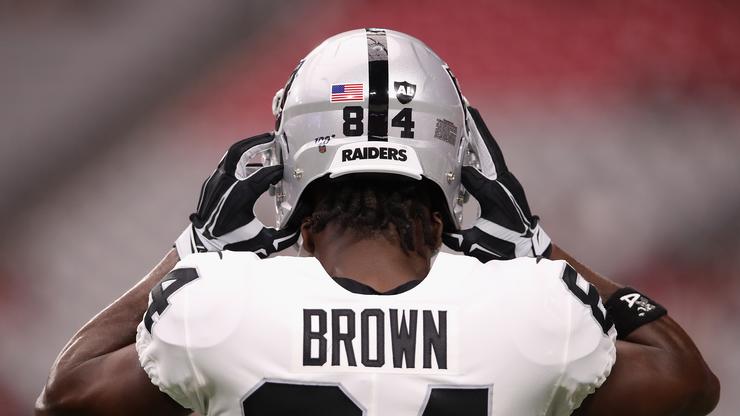 Could another helmet grievance be on the way?

Antonio Brown thought he had it all figured out when he got out his Oakland Raiders contract and joined the New England Patriots over the weekend. Things quickly turned sour for Brown as he was accused rape and sexual assault by a former trainer. Brown has come out and denied the allegations and will even avoid suspension from the NFL. The star wide receiver will be making his Patriots debut on Sunday against the Dolphins and fans are excited to see how he will perform.

While Brown is probably eager to get back onto the field, he will have to find a new helmet first. After multiple helmet grievances with the NFL, Brown signed with manufacturer Xenith for the entire season. With these rape allegations hovering over his head, the brand has decided to pull their endorsement, according to Adam Schefter.

“We look forward to seeing the Xenith Shadow worn by football athletes at all levels play this fall,” Xenith said in a statement.

With this endorsement deal out the window, perhaps we could see Brown file yet another grievance with the NFL. If he can’t find a new helmet soon, the Patriots could have a real problem on their hands, if the allegations weren’t bad enough already.

It never ends with AB.