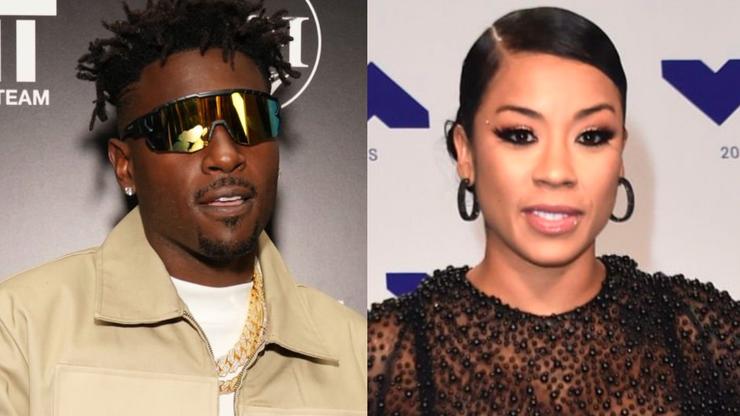 The track is said to be included on Brown’s album “Paradigm” which arrives this week.

They’ve been dropping hints about the arrival of their collaboration and Antonio Brown is giving the world a sneak peek at what he has lined up with Keyshia Cole. The NFL star has been expanding his reach in both entertainment and sports, and he’s partnered with the R&B icon for his latest effort. Brown is no stranger to the Rap game as he has shared releases in the past, and most recently, he has reportedly worked with Kanye West with Donda Sports.

Earlier this month, Brown and Cole got tongues wagging after they shared enigmatic social media posts, but fans quickly pieced together that a collaboration was on the way.

Today (April 19), we got a first look at their track “Don’t Leave,” and it seems to radiate summer vibes. The Shade Room reposted a clip of the music video and it’s clear that Brown and Cole are hoping that fans will embrace this one as an addition to their summer soundtracks. The single is said to be included on Brown’s Paradigm album which arrives this week.

Meanwhile, Cole has made it clear that she is working on her final album before shifting gears to focus on other non-entertainment industry projects. There has been talk of that album for over a year but there has yet to be an update about when her dedicated fans will receive the record. We’ll keep you posted on that, but in the meantime, check out the snippet of their “Don’t Leave” visual below.