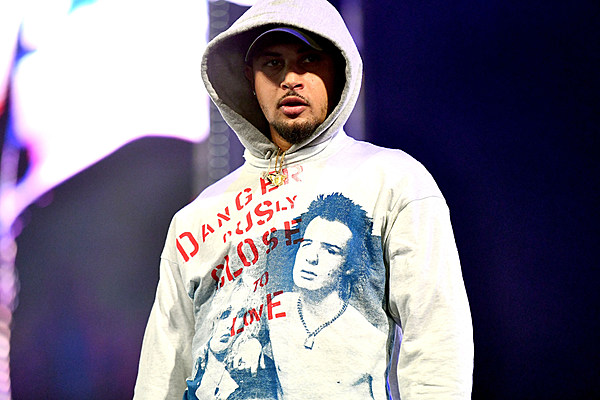 Amir Obé is already back in the lab creating new music, and he's starting f 2018 by previewing some heat. After laying low for majority the second half 2017, the Detroit-bred, Brooklyn-residing rapper teases his new song "Bloodshot" on Twitter.

Amir only unleashes a 30-second preview the forthcoming track, which features the rapper lacing a somber instrumental with some bouncy vocals. Although it's a bit hard to make out some the lyrics, the sound is enough to keep his supporters on their toes.

The new track appears to dive into Amir's thoughts and emotions regarding a former relationship that may have ended on a sour note. "We don't speak no more, but my name tattooed," he sings out to his past love.

While there's no word on who produced the song, or when we may get the full version, fans are sharing their excitement for what's on the horizon.

2017 was a busy year for the "Wish You Well" spitter, as he not only went overseas for a European tour in the early summertime, but he also dropped his anticipated None the Clocks Work EP.

Take a listen to the upcoming track from Amir Obé below to see what he's got in the works.