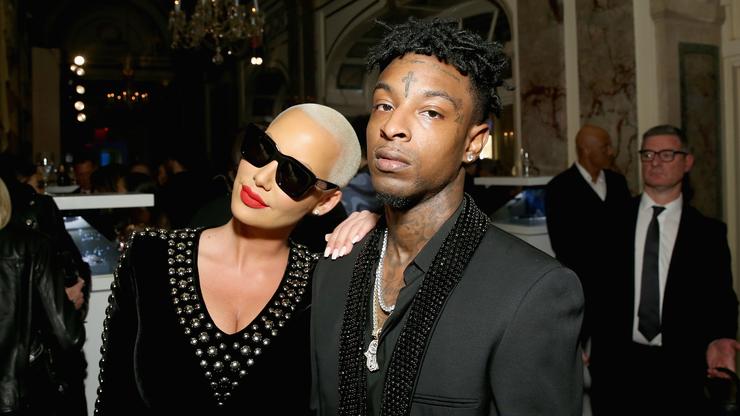 She’s enjoying life with her “husband” A.E. Edwards and her growing, blended family, but Amber Rose can’t erase her relationship past. The model mogul has been linked to a number of high-profile entertainers including Kanye West and 21 Savage, and of the latter, Rose explained why their relationship came to a sudden close back in 2018. The launching pad for their breakup, according to Amber Rose, came when the rapper appeared at her SlutWalk holding a sign that read “I’m a hoe, too!” The backlash for 21 Savage was heavy and Rose believes it was the beginning of their end.

“Actually that’s what he wanted to do and I think that was ultimately the demise of our relationship. I think that he was being very supportive and he was like, ‘Man I should hold a sign that says, ‘I’m a hoe too!’ Rose said. I was like, ‘That would be really great for feminism! SlutWalk, you know you’re a rapper and Black men are always looked at to be very hyper-masculine and I think this would be a great moment.’ He was like, ‘Yo, I’m down!’ I got the sign made and everything and he held it up and then after that, I think the internet just went in on him too much and it just wasn’t good after that.”

Amber Rose also spoke about 21 Savage and how he acts in a relationship. “Obviously I seen a very soft side of him but I think that he’s scared to be loved. I think he has his own trauma, his own sh*t with him. I mean, I wouldn’t have been with him for a year if he was just not loving at all.” Check out her interview below.