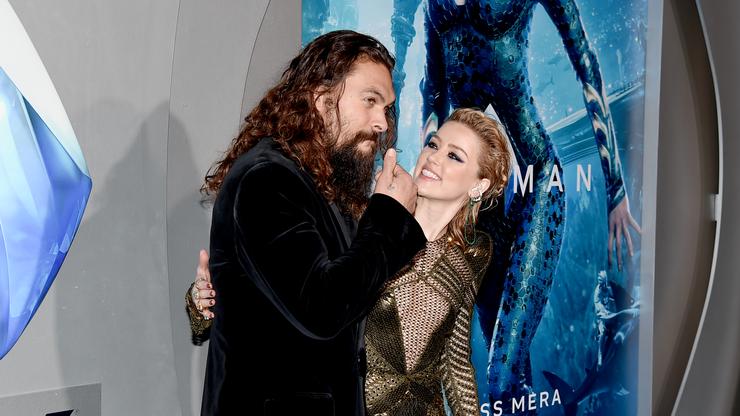 Her IG post got removed, and she didn’t stay quiet.

Amber Heard recently ”freed the nipple” in an Instagram post. She was posing for a magazine shoot, wearing a black suit jacket on her bare torso, while one her nipples was popping out. A lot people in the comments predicted that the photo would get deleted due to Instagram’s strict ”community guidelines” and to her dismay, it was. The actress decided to challenge the double-standards by posting an image her Aquaman co-star, Jason Momoa.

She wanted to prove that Instagram’s community guidelines are only breached when women post provocative pictures, while men can show f their nipples all day without getting suspended. She’s trying to question the status quo, by calling for the desexualization female nipples. So, she posted an image Jason Momoa wearing the same thing she was in her deleted post, and captioned “in honour IG’s rigorous and equitable Community Guidelines against showing the Female nipple ..and since mine enjoyed the brief privilege that’s afforded to my male counterparts.. I decided to pay homage by replacing it with a picture that DID meet IG’s strict nudity guidelines and such careful gender policies…”

”Btw, love you AquaHubbs!” she added in the comments. ”Sorry to use your pecs to make a point!” This comment was simply made to remind everyone that it’s all love between the co-stars. Do you guys think women should be held to different standards nudity?