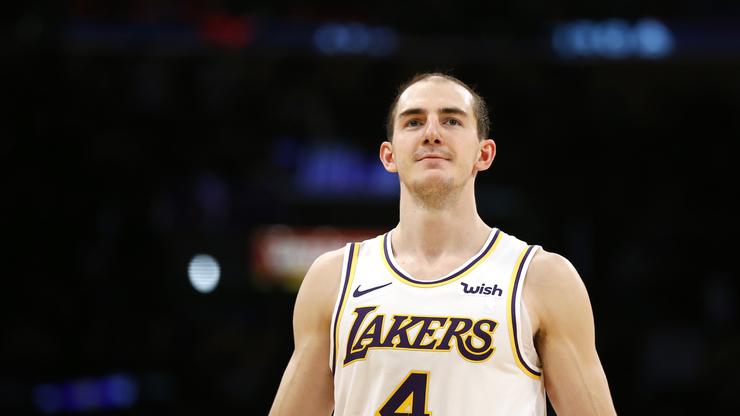 How could you hate Caruso?

Alex Caruso has developed mythical lore around him. The unsuspecting Lakers guard has been known to throw down some scintillating dunks every now and then and fans absolutely love it. Caruso might not have a great statline but he continues to be lauded as one the biggest enigmas in the game. LeBron calls him the GOAT and Lakers fans give him MVP chants every time he steps out onto the court. He has become a huge meme on Twitter and heading into the All-Star break, fans are trying to reward him.

Today, another round NBA All-Star fan voting results were revealed. As it turns out, Alex Caruso is fourth in Western Conference Guard voting. He is ahead players like Russell Westbrook, Steph Curry, Donovan Mitchell, Ja Morant, and Devin Booker.

While many fans have been voting for Caruso, it appears as though there is a large number people who hate the fact he’s getting coverage. Caruso is averaging less than six points a game and fans on Twitter think it’s ridiculous that he could end up with a legitimate shot at making it into the All-Sar game.

Check out some the reactions to the voting results, below.