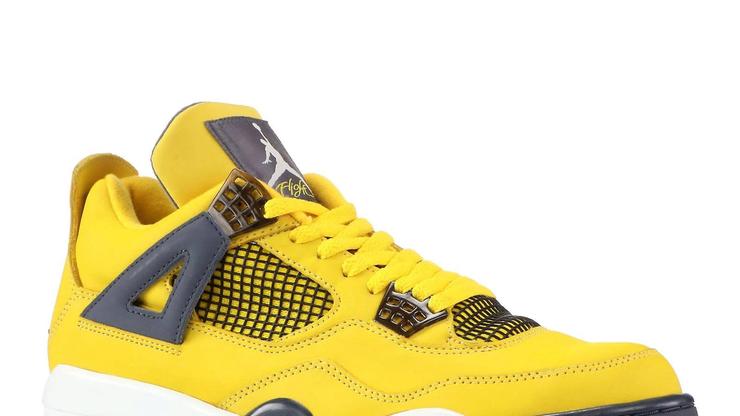 Another great Air Jordan 4 colorway is going to be making a comeback.

Since its initial release all the way back in 1989, the Air Jordan 4 has received some pretty incredible colorways. From OG offerings to more contemporary models, the Jordan 4 continues to be a force in the sneaker world and there is nothing that is going to come along and change that. Even the relatively newer models have become fan-favorites including the 2006 “Lightning” offering which currently sells for some insane prices on StockX. For years, fans have been calling for these to return, and now, they will be.

Yes, that’s right folks. The Air Jordan 4 “Lightning” will be making its triumphant return in 2021 as a way to mark its 15th birthday. According to the Instagram sneaker insider @zsneakerheadz, the shoe will be dropping in its OG form and will also feature some nifty packaging to make the deal that much sweeter. The shoe has a yellow leather upper all while black and white highlights are placed throughout. This is meant to be a companion piece to the “Thunder” model and it certainly serves that purpose nicely.

The post below is indicating that you can expect this shoe to drop on August 7th of next year although this release date has yet to be confirmed. Keep it locked to HNHH as we will be sure to bring you all of the latest updates on these.