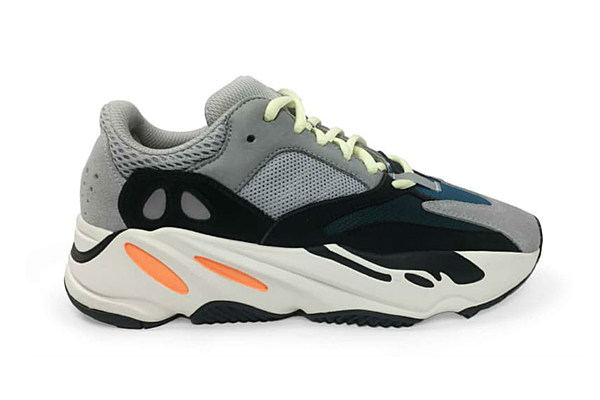 The Adidas Yeezy Boost 700 Wave Runner was one the biggest sneaker releases 2017. Released during the summer last year—in limited quantities—the sneakers sold out immediately after the launch on the Yeezy Supply website. Now, months after its initial release, it looks like Adidas will bring back the 700 Wave Runners worldwide for a second, and more than likely, last time.

According to reliable sneaker source The Yeezy Mafia, the re-release the Yeezy Boost 700 will take place very soon. Launching in the original colorways the first Wave Runner sneaker, the shoe will boost a multi-color canvas in gray, black and blue that sits atop a chunky f-white midsole and black outsole. The pair shoes also include hits neon green on the shoe laces while a bright orange colorway is splattered throughout the midsole.

The first iteration the Adidas Yeezy Wave Runner 700 debuted in August 2017. Releasing in a gray, black and blue colorway, the shoes sold out in a matter minutes on the Yeezy Supply website. Priced at $300, the first iteration now resells online for triple the amount the original price.

As now, there's no ficial re-release date for the Wave Runner, but keep it locked with XXL for any developing news behind this potential launch.