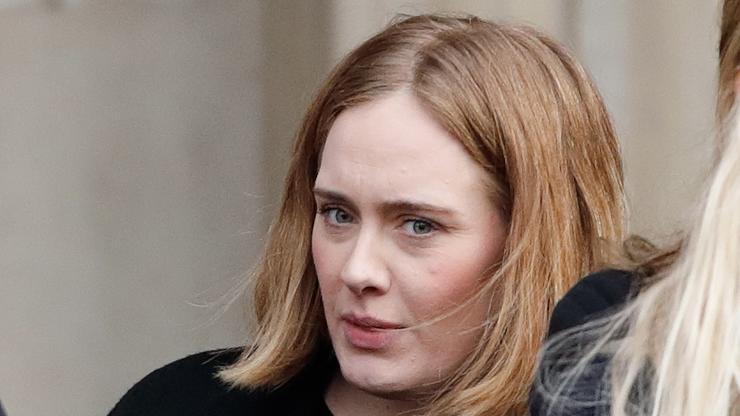 The singer recently filmed a YouTube video with beauty guru Nikkie de Jager during which she addressed the controversial moment.

Adele has been staying more booked and busy than ever before following the release of her long-awaited album, 30. The English songstress has already performed for a large group of close celebrity friends, chatted with Oprah regarding some of her major life changes, and she also recently announced her upcoming Las Vegas residency.

Somewhere in between all of that, the 33-year-old found the time to link up with beauty guru Nikkie de Jager – known by many as Nikkie Tutorials – to film a fun makeup video, during which they also got to talking about social media; Instagram, to be specific. “Do you have a lot of DMs on there?” Nikkie asked Adele as she applied products to her face.

“No, in COVID they let me have my password – I was never allowed my password for my socials before, it’s actually quite a well known fact – but obviously the internet was just on fire, and during COVID it kept everyone’s morale up,” the mother of one replied.

When Nikkie asked if Adele wasn’t allowed on her own socials because of her replies to people, she said, “no, no, no, it’s because they were worried if I’d get drunk or annoyed, whatever I would do. Not responding to anyone, more just like posting my general thoughts. I didn’t know what a Finstagram was at the time, like a fake Instagram, so I would just share like funny memes and stuff with my actual friends.”

The “Woman Like Me” singer then spoke on one of her more controversial moments, saying, “and then I posted a picture which a lot of people know about,” referring to the image of her wearing her hair in bantu knots while donning a Jamaican flag bikini that earned her plenty of backlash. “That was the only picture I ever posted myself, then they took my password away.”

Check out Adele and Nikkie Tutorials’ full video below.