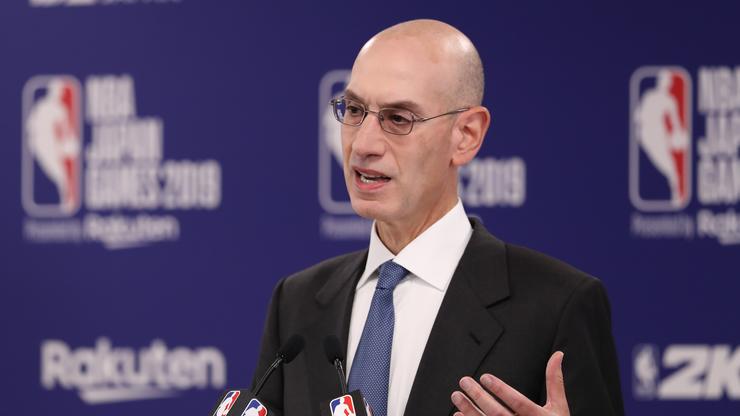 Silver understands what LeBron has been going through.

LeBron James has been receiving a ton flack over the last week or so thanks to his stance on the NBA’s debacle with China. Despite not being particularly well versed in the affairs the country, LeBron had been asked to comment on what was happening, particularly in relation to the pro-democracy protesters in Hong Kong. After giving Daryl Morey a tongue-lashing and evading most the questions sent his way, LeBron was put into the proverbial dog house as fans were disappointed with him.

During an appearance on Get Up! today, NBA commissioner Adam Silver spoke about the backlash towards LeBron and admitted that it was fairly harsh and undeserved.

“I think that these players, I mean, take LeBron who has an incredible track record doing things that have changed people’s lives in the United States to be asked to comment on a difficult foreign issue is, I think, again there’s free expression and he should say how he feels. But, freedom speech also means the freedom not to speak. And I’ve ten said to players about issues here at home: If it’s something you don’t know about and you don’t feel comfortable responding, that’s okay as well. So, it’s been no-win for a lot those players, so I’m very sympathetic.”

With a co-sign from Silver himself, LeBron should be able to breathe easier as this situation begins to completely blow over. By the middle the season, many people will have forgotten about it.