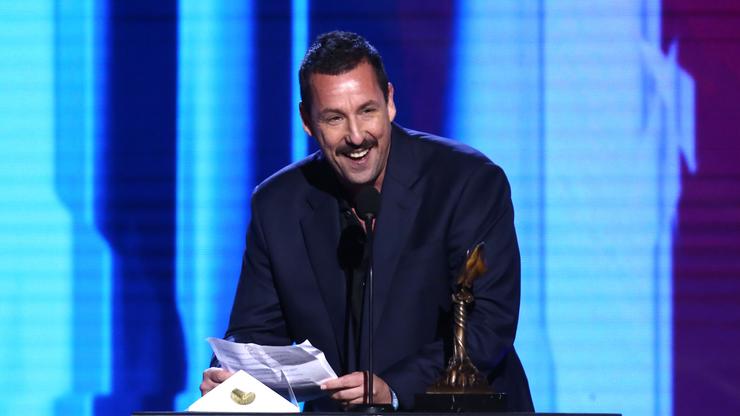 Adam Sandler was spotted on the court with Jordan Clarkson, Trae Young, and Boban, among others.

We’ve seen Adam Sandler play the role of a basketball-betting obsessed jeweller who becomes buddy-buddy with Kevin Garnett in Uncut Gems, but it turns out the Sandman has what it takes to keep up with the NBA players in real life too.

On September 1st, SportsCenter tweeted out a clip of the 54-year-old actor playing an offseason pickup game with the likes of Trae Young, Tobias Harris, Boban, Aaron Gordon, Jordan Clarkson, and more.

Sandler may be significantly older than his competitors, and far more out of practice, but the clip shows that he’s able to hold his own on the court, even sinking some impressive baskets.

According to Sports Illustrated, even the greats have been quoted complimenting the Grown Ups actors skills. “[Sandler’s] legit. Not pro legit but he’s definitely LA Fitness, 24-Hour Fitness legit,” Shaquille O’Neal said in a recent sit-down with Chris Long.

The site also notes that Sandler is currently spending a lot of time in the Philadelphia area while filming his new Netflix movie, Hustle, which tells the story of a former basketball recruiter who attempts to revive his career by bringing in an NBA player from overseas.

Several players from the Sixers will be featured in the film, alongside Queen Latifah, Jordan Hull, and Lyon Beckwith.

It’s unclear when Sandler’s new project will arrive on the streaming service, but you can check out his “legit” hooping abilities in the clip below.