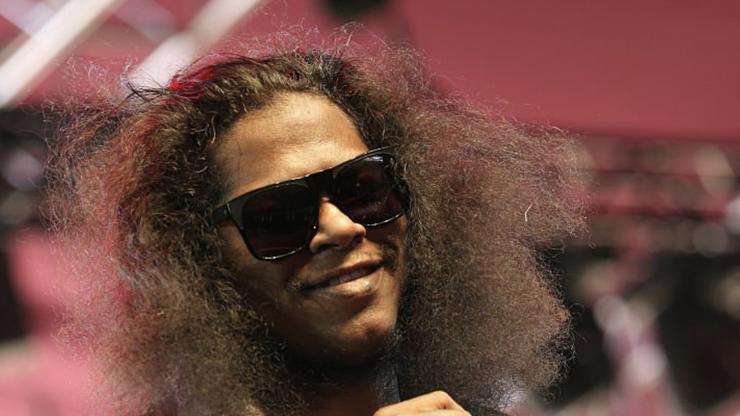 Get ready for some new heat from the Carson rapper.

The last time we were teased with prospects of the arrival of Ab-Soul‘s new record was back in April. A clip surfaced showing the applauded emcee in the studio listening to a track that is certain to set the streets on fire, but since that time, there haven’t been solid updates about a new record. Ab isn’t like his peers who are constantly updating every move on social media, so even internet sleuths haven’t been able to obtain a lead on the album.

However, we’re in for a Top Dawg Entertainment treat because new announcements have been made today (September 15).

In true TDE form, they’re keeping details close to the vest, but it was shared that for his New Music Friday, a new Ab-Soul single is on the way.

On Instagram, the label shared the cover art for “Moonshooter” and added that the rapper’s album was completed. “Warmup tonight,” they added. Over on Ab-Soul‘s page, he mirrored the post, but in his caption stated, “Kill or be killed.”

Ab’s Do What Thou Wilt. is a celebrated project that arrived six years ago, and to say that Hip Hop has been impatiently awaiting a new record from the Los Angeles rapper is an understatement. Stay tuned in with us as we’ll be sharing Ab-Soul‘s “Moonshooter” as well as more information about his forthcoming record as details are revealed.

No word on if he was able to lock in that Rubi Rose collab. Check out Ab and TDE‘s posts below.