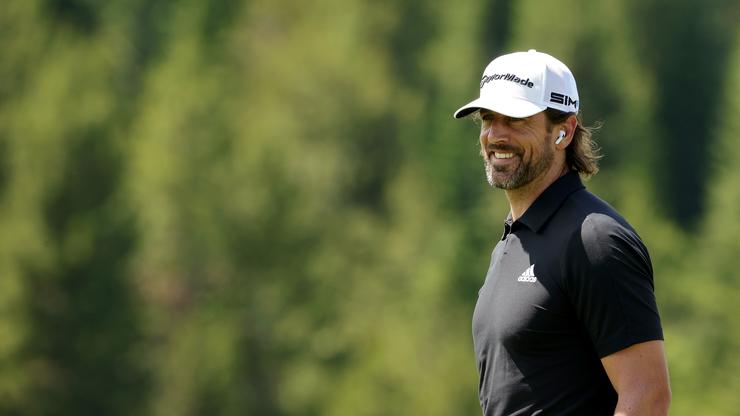 Stacy Revere/Getty Images for The Match

Aaron Rodgers’ future with the Green Bay Packers has been uncertain over the past few months.

Aaron Rodgers is one of the best quarterbacks to ever grace the NFL, however, in recent years, he has been having some issues with the Green Bay Packers front office. Things reached critical mass back in 2020 when the Packers selected Jordan Love with their first-round pick. Love is a quarterback and it was quite clear that Green Bay was beginning to prepare for Rodgers’ retirement. The Quarterback was not happy with this move and he let his feelings be known.

This past season, Rodgers won league MVP and he was nothing short of phenomenal. After a loss in the NFC Championship Game, Rodgers made it clear he wanted out of Green Bay and started to hold out from camp. With training camp officially beginning on Sunday, there were concerns about Rodgers’ future and whether or not the Packers would deal him.

Today, a shocking development took place in regards to Rodgers’ status with the team. According to Ian Rapaport of the NFL Network, Rodgers has told sources close to the situation that he is going to play for the Packers this season and that he won’t hold out for much longer.

The Packers are thrilled with the news and now, the team is optimistic that they will have their superstar quarterback in time for Week 1.

This conclusion is puzzling especially when you consider how Rodgers turned down a massive contract extension, only to come back to the team anyway. Rodgers is good at keeping his sentiments under wraps, so perhaps we will never really know his motivations behind this latest move.