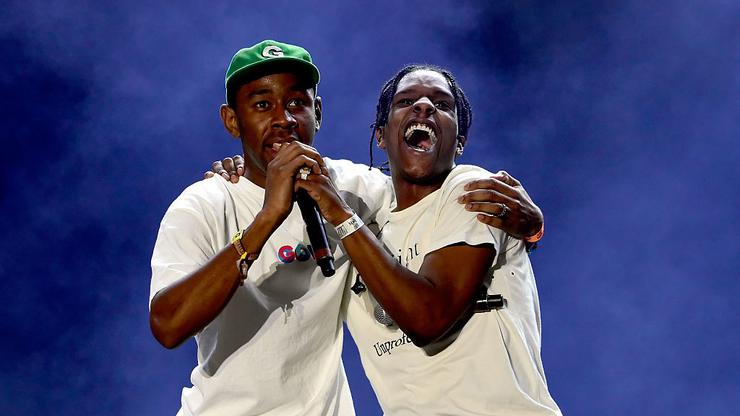 Tyler, The Creator and A$AP Rocky have one of the best friendships in all of hip-hop. The respective leaders of Odd Future and the A$AP Mob just seem to get each other. They’ve collaborated musically on several occasions and, on social media, they always seem to enjoy playfully roasting one another.

Serving as bromance goals to many, Tyler and Rocky have apparently welcomed a third man into their union: the legendary Iggy Pop.

Iggy Pop appears alongside Tyler, The Creator and A$AP Rocky in the latest Gucci campaign film, which was directed by the ultra-creative Harmony Korine. The mind behind Spring Breakers and Kids, as well as the director of Rihanna‘s “Needed Me”, Korine has been focused on his work with Gucci as of late. He worked alongside Gucci Mane on the rapper’s debut collaboration with the luxury fashion brand and now, he’s been tapped as the director of their latest Tailoring campaign.

Rocky and Tyler enjoy an afternoon with Iggy Pop and his adorable parrot, Biggy Pop. They’re captured looking ever-so-stylish in their Gucci ensembles, having loads of fun inside Iggy’s home.

Speaking on the new Tailoring campaign, Gucci’s creative director Alessandro Michele said: “A certain type of fun is also portrayed and the idea of how one’s obsession with appearances can create a kind of common ground that can become a sort of brotherhood. It was beautiful to see these three men together, seemingly different but very similar.”

Check out some of the featured looks below and let us know your favorite.