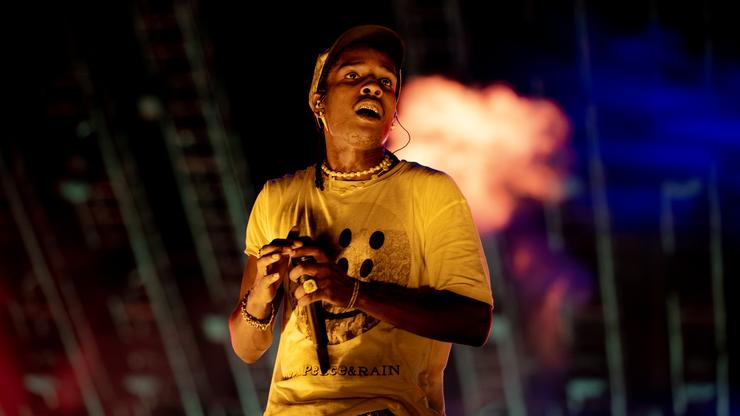 “You can’t feed into petty sh*t like that,” Rocky told Noreaga.

Prior to the full release of his Drink Champs interview, Travis Scott and A$AP Rocky became trending topics together after a teaser was shared. The platform hyped Rocky’s recent appearance with a captivating trailer that seemingly showed the New York rapper agreeing that Scott copied his entire style. The quotes circulated and it was assumed that Rocky was dissing the Houston hitmaker, but in the full clip, Rocky said that he doesn’t entertain those opinions.

Noreaga said, “One thing that kept popping up on the internet is, ‘Travis Scott stole his whole style,” to which Rocky answered, “Yeah.” The host continued, “…From A$AP Rocky,” and the rapper recognized that Nore was choosing his words carefully. “He trying to figure out how to ask this question,” said Rocky.

“Is that something that you entertain?” asked Noreaga.

“Nah, you can’t feed into petty sh*t like that, you know what I’m sayin’?” Rocky replied. “Like, at this point, that sh*t trash at this point.” Nore wanted to know if he ever felt like that. “I mean, I saw similarities, for sure. I saw that he was inspired and sh*t like that, but that’s what we in it for. Like, that’s good sportsmanship,” the rapper added.

“Imitiation is the best form of flattery. If people wasn’t trying to imitate you, you doing something wrong.” Check out the clip below.