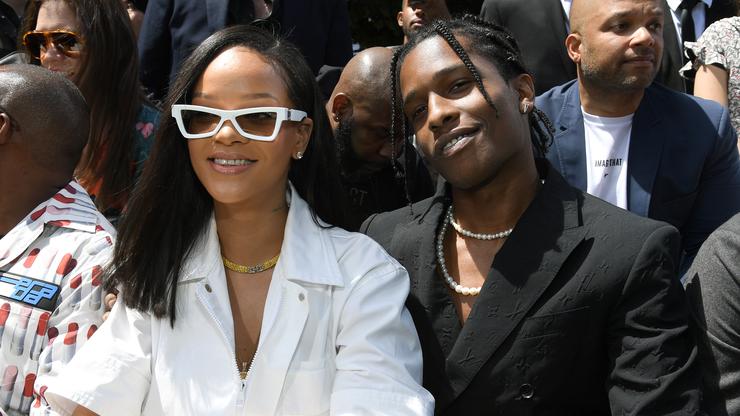 Rihanna shared the first look for her new “Fenty Skin” line with a promo featuring the likes Lil Nas X and A$AP Rocky.

Rihanna is ficially bringing skincare to the Fenty empire, and she’s called on a few her famous friends to help her launch her new line. The multihyphenate mogul announced that she’d be launching a Fenty Skin line on Tuesday (July 14th) by sharing a sneak peek video her using her new products to do her skincare routine. “Ima try my best to be humble about this but, @fentyskin is coming July 31st exclusively at FENTYSKIN.COM!!” she wrote. Now, just two weeks before the ficial launch, Rih has given us the first ficial promo for the Fenty Skin campaign, and you’ll notice a few familiar faces among the bunch.

In a video captioned, “THE NEW CULTURE OF SKINCARE,” folks all genders showed f their glowing skin, emphasizing Rih’s philosophy that skincare is not just for women. Included in the campaign are both Lil Nas X and Rih’s longtime friend (and frequently rumoured love interest) A$AP Rocky.

Rih confirmed her belief that “skincare has no gender” in a recent reply to a fan’s tweet…from 2017. Shortly after making the announcement about her latest venture, the Bad Gal got clowned for responding to tweets about the prospect Fenty Skin that were nearly three years old. While it was a hilarious and confusing move, Rih ultimately proved that people have been begging for a Fenty skincare line for a long time. It seem as though she just wanted to celebrate the fact that this wish had finally come true.