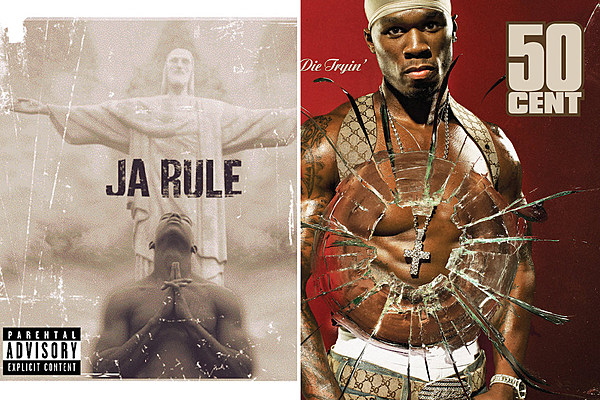 Prior to becoming one  hip-hop's biggest success stories with his debut album Get Rich or Die Tryin', 50 Cent was an up-and-coming rapper looking to make his way in the game. He quickly became known for calling rappers out by name on songs like his infamous 1999 single "How to Rob," which included jabs at heavyweights like JAY-Z, Ma$e, DMX and Big Pun. While 50 Cent was considered a buzzworthy prospect, at the time, he was a relative unknown in comparison to Ja Rule, who's own debut album, Venni Vetti Vecci, was certified platinum f the strength the lead single "Holla Holla," making him one New York City's leaders the new school.

Although the circumstances are murky, somewhere along the line, the two artists bumped heads, resulting in 50 Cent throwing down the gauntlet and waging war with Ja Rule and Murder Inc. as a staff, record label and as a crew. What ensued was one hip-hop's longest-lasting, most-heated beefs—a conflict that's still simmering to this day.

The latest flare-up took place last week, when 50 Cent said he put Ja "to bed" during an interview on Big Boy’s Neighborhood in Los Angeles. Ja Rule lashed out on Friday (Jan. 19), taking to Twitter to relentlessly badmouth his opponent in a rant that spilled over into the following day.

With the battle between the two artists appearing to be heating back up, XXL looked back on the history the beef from its onset, compiling the key run-ins, diss tracks, interviews and clashes that have added to this age-old clash.