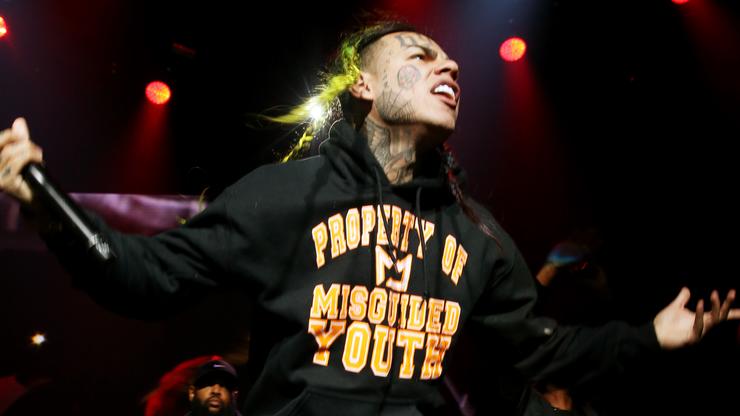 6ix9ine is too recognizable to pull something like this.

6ix9ine is one of the biggest trolls in all of hip-hop, however, most of the time, his trolling just comes across as mean-spirited and downright evil. From laughing at the death of King Von to making light of Lil Tjay’s recent surgery following a shooting, 6ix9ine has gone out of his way to show people that he is not a good person.

Despite all of this, his antics have allowed him to enjoy a shred of relevance in the hip-hop world. His music releases are few and far between these days, but when he does decide to drop, people pay attention, for better or for worse.

6ix9ine’s most recent appearance in the public eye took place in Miami recently, where he was at a gas station filling up his McLaren. While going inside to pay, it’s clear the workers recognized him as they began to film him and ask questions. The main question asked was “What’s your name, bro?” As you can see in the Instagram story reposted by DJ Akademiks, 6ix9ine told the workers he was Lil Pump, which drew skeptical reactions from those behind the counter.

The Instagram story is captioned “6ix9ine pulled up to olo gas station in a McLaren. Dat boy must think Miami sweet” which just goes to show that his attempts to conceal his identity were all for nothing.

6ix9ine is one of the most recognizable faces in hip-hop, and it is going to take a lot more than the efforts above to convince someone you are somebody else.