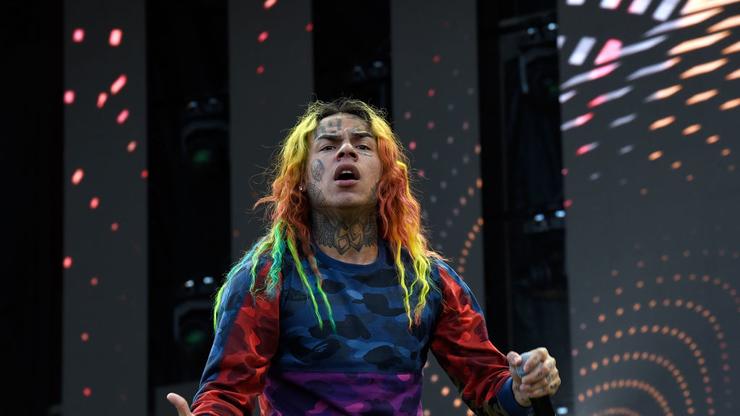 Tekashi 6ix9ine is being sued over his infamous 2015 video where he used an underage girl in a sexual performance.

As it should, this situation keeps coming back to haunt Tekashi 6ix9ine.

When he first starting breaking out as a superstar rapper, 6ix9ine kept being reminded of a video he posted back in 2015, showing him and a friend using an underage girl in a sexual performance. Despite him pleading guilty and explaining his side of the story, he is now being sued by a woman who claims she was the girl being used in the video.

As reported by TMZ, a woman is suing the rapper with regards to the video, which allegedly shows her being used in a sexual performance by 6ix9ine and another adult, identified as Tay Milly, while underage.

The woman is going by Jane Doe, and she’s claiming that she was thirteen at the time of the video. She says that, in addition to being underage, she was also under the influence of drugs and alcohol and was unable to give consent.

Legal documents state that Doe was featured in three videos that 6ix9ine posted. The first shows her giving Tay Milly oral sex with 6ix9ine behind her, thrusting against her behind. 6ix9ine was clothed and did not engage in penetrative or oral sex with the girl. The second clip allegedly shows her sitting on the rapper’s lap, wearing nothing but a bra and underwear. In the third video, she allegedly lays naked across both men while Milly gropes her.

In a recent interview with the New York Times, 6ix9ine spoke about the incident.

“Going back to the 13-year-old girl — I was 18 at the time. Am I this 40-year-old Jeffrey Epstein-type?” he asked. “I admit to all my wrongs, right? I pleaded guilty to [using] a child in a sexual performance, and then I took responsibility for that. The thing with the 13-year-old girl, I was at the wrong place at the wrong time. The justice system makes you feel so guilty for something and they beat it into your head. ‘You’re not taking responsibility for it!’ And the whole time, you’re telling the honest truth. Listen, I went to this place, and these guys brought this underage girl. I’m filming it, uploading it for the masses to see. If you committed a murder, would you upload that to Instagram? I uploaded it to social media for the world to see! You’re thinking there’s no crime being committed. When the cops came to get me, I said, what happened? I turned myself in.”

We’ll keep you posted on any developments.