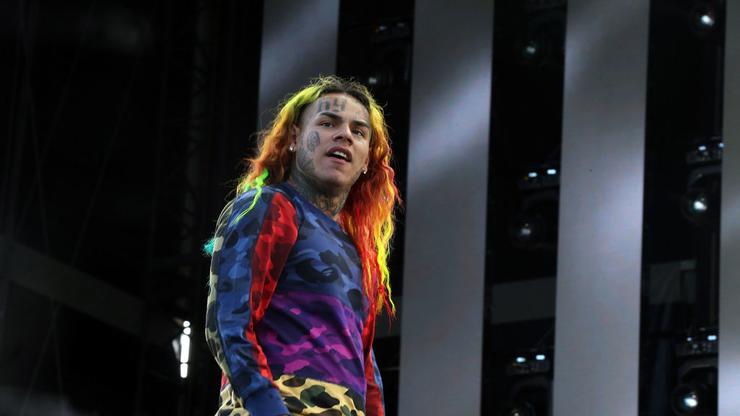 Tekashi 6ix9ine sports his natural hair and an unshaven beard in a new fan-filmed video.

Tekashi 6ix9ine was confident that, once he got out of prison, he would still be on top of the world. Although there was a brief surge in his popularity, his album TattleTales did not meet his expectations and, because of that, it seems as though the controversial rapper finally decided to take a break from all the trolling.

As fans wonder where he has been, especially after it was reported that he suffered from an overdose of caffeine and weight loss pills, 6ix9ine appears to be taking it easy and slowly seeping back out into the public eye.

This week, a video of him personally addressing some fans started circulating, but it’s really only because of the new look that 6ix9ine is seemingly sporting.

In the weeks following his release from prison, 6ix9ine was rocking colorful wigs and showcasing all of the same social media antics that his fans initially fell in love with. In the new fan video, he appears with his natural hair, also sporting an unshaven beard, switching things up a touch as he lays low and stays away from the cameras.

After meeting a fan in New York, 6ix9ine filmed a video for the fan’s friends, also his fans, requesting them back in NY after seemingly moving away from the Big Apple. It has been reposted by gossip blogs, leading some to call out his new appearance.

Do you think he’ll ever reach his previous popularity levels?