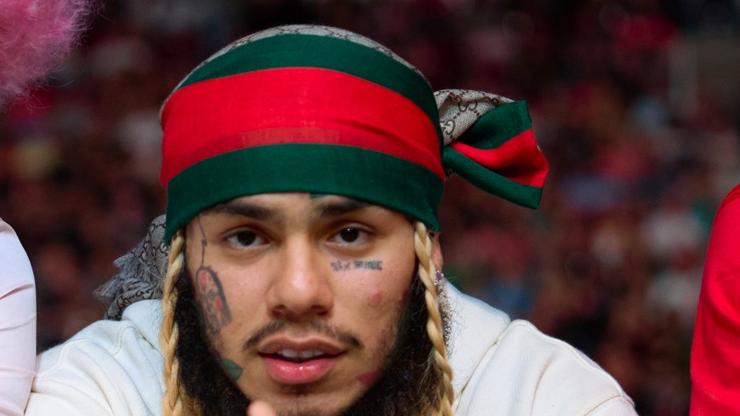 The rapper enjoyed his time in Miami over the weekend.

The ATL has been an entertainment hub for years with the help of trap music and Tyler Perry’s studio, and even reality television is drawing attention to the city.The Real Housewives of Atlanta is one of Bravo’s most popular series that has helped turn everyday residents into superstars. Peter Thomas has starred in the series for several seasons and owns Bar One, a popular hot spot in Miami.

Yesterday (October 10), he faced backlash after posting a video that showed Tekashi 6ix9ine at his club.

The pair were enjoying the night out as Tekashi let it be known that he’s not fazed by negativity.

“We out here, we outside. Bar One make sure you pop outside. We outside with no security,” said the rapper. “You already know what’s up, man… Don’t be scared to pop out.” Peter added, “This ain’t a sucka joint” as the pair boastfully talked over one another. Thomas added a few thoughts int he comments.

“People, let me say, I don’t read comments, IG isn’t a real world,” he wrote. “This man patronize my restaurant,spend his good money,had a great meal and it was interesting to talk. @baronemiamibeach we are NOT with sh*ts.” Still, people weren’t impressed. Check it out below.